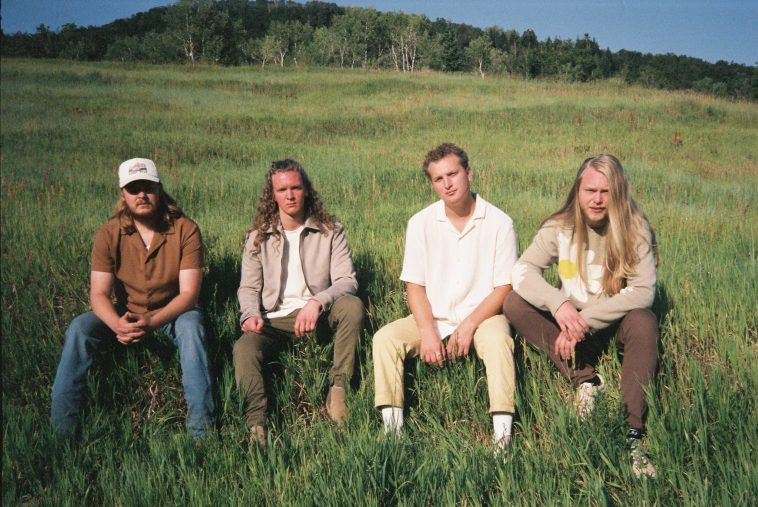 They’re back releasing music, the awesome four-piece alternative rock band, Roseburg, have dropped this new anthemic track and music video, titled “Alice”, and they certainly prove to the world that it has been worth the wait. This follows up their debut album, “Righteous Punk”, which was released in February 2020.

Roseburg are a four-piece band from Roseburg, Oregon – hence their name – consisting of Zach Knell, Samuel Sheppard (YesterKid), Keith Lambson (Dryggs) and Soren Buchert. They currently reside in Utah, making music and a name for themselves, racking up millions of Spotify streams including their most-streamed single “Wave” which sits at 3.3 million Spotify streams, and “RIP” featuring the Sleeping With Sirens’ lead vocalist Kellin Quinn which sits at 1 million. They also went viral in Oregon when their debut album dropped as “Intro to Roseburg” became highly relatable to many as it is an origin story. On top of that, their video for “Staying Golden” amassed attention with the help of viral social media stars Dylan Jordan and Summer McKeen. This band has shown that they are more than capable of making it in the music industry on both a national and international spectrum and we’re excited to see where their career takes them.

Written by Zach Knell and produced by Zach Knell, Keith Lambson, Samuel Sheppard, Soren Buchert, Nate Pyfer, and Porter Chapman, “Alice” first started out when Zach Knell was 16 years old, now it’s been built into an innocent and sweet but also enticing Roseburg track that we could so listen to on-repeat for days on end. It drifts the listener away, creating an inspiring era for Roseburg allowing them to return to their roots whilst also recreating something that may have ended up being lost to the world, not seeing the light of day. That shimmering vibrancy of the track matches Zach Knell’s vocals to a tee, allowing them to blend themes of purpose, life, love and higher powers whilst inducing hidden darker elements deep into the rhythm of the track. This is pure alt-rock gold, something that appeals to a variety of listeners, and is set to make an impact.

Talking about the track, Roseburg said: “We felt the innocence of it was a perfect way to come back to this band after our two-year-hiatus. All of our new music is meant to feel familiar.”

They continued by saying: “It’s become emblematic of us revisiting our foundation. We’ve gotten to go back to when things were easy and hopeful and full of magic, and we’re ready to bring all that back to our fans.”

They recently dropped a music video to accompany the track, which sees the band perform in the same field as the single artwork. The pure performance visual is energetic, free, and liberating, it’s clear that Roseburg are more than ready for a big return to the music industry. They’ve certainly missed performing together, and their stage-presence fuels their adrenaline. The concept of this band performing in the middle of this field relates well to the vibe and themes of the song, allowing Roseburg to truly take it back to what they know and love, whilst also transforming this energy into a more modern era.

“Alice” is available to download and stream right now, across all platforms. We’re excited to see what they release next.

Let us know what you make of Roseburg’s music video for “Alice” on Twitter @CelebMix.