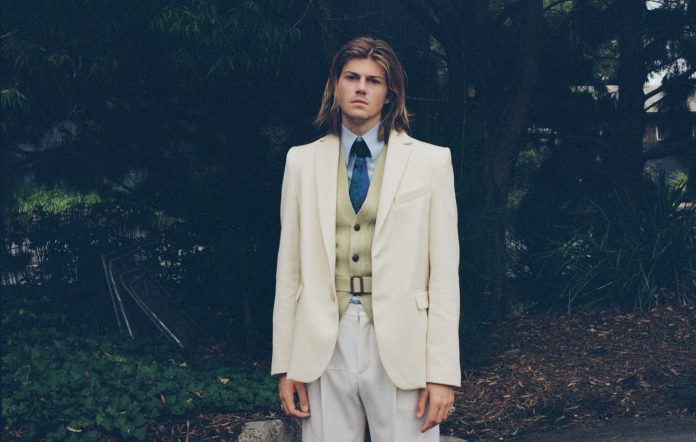 Singer/songwriter Ruel makes his much anticipated return to music today (March 14th) with the release of his brand new single ‘Let The Grass Grow’ – an emotive and introspective pop ballad that sees the London-born, Sydney-bred recording artist share his concerns surrounding global warming and climate change.

Co-written by Ruel along with Peter James Harding (Ben Platt, High Highs) and produced by M-Phazes (Madonna, Demi Lovato, Sinéad Harnett) the song arrives alongside a new visual clip shot in Byron Bay Australia, while the 19-year-old was on a surfing retreat with The Surfrider Foundation.

Following the retreat, the singer signed on to become Surfrider Australia’s newest Ambassador.  As an avid surfer, he has a strong connection with the ocean and beaches, and for many years, has felt a need to take action.

Commenting on the track, Ruel says in a press release: “When I was writing this song with PJ, we were talking about things we think about that keep us up at night. The reality that the earth is heading in a terrifying direction, was a hard concept to fit in a song so we tried to make it so the song could be about a person too. The song’s theme is just to not force nature and let everything happen to us. It’s dark, but it’s a real thought I have often. I’m really proud of this song because, it gives you a little bit more to think about. It hits home a little more.”

In celebration of the singles release, the ‘Growing Up Is…’ singer is scheduled to play an extra special show at Shepherds Bush Empire in London on April 8th. Tickets, as well as additional information regarding the event, are available here.

‘Let The Grass Grow’ is available to download / stream now.

Let us know your thoughts on Ruel over on Twitter @CelebMix now!