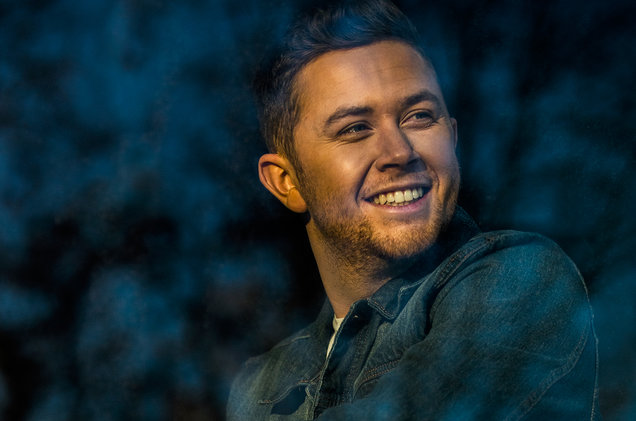 American singer-songwriter Scotty McCreery has released a four-track digital EP called The Soundtrack Sessions. The EP features acoustic versions of four tracks from his number one album Seasons Change. These are the number one hits “Five More Minutes” and “This Is It” alongside his latest release “In Between”, as well as the bonus track “Still”.

We love all four tracks on the EP and we are sure you will to.

“Five More Minutes” was a fan favourite from the minute Scotty performed it live at the Grand Ole Opry and was a track that really felt like Scotty was returning to his musical roots. The original was full of powerful lyrics and emotion and this is only heightened in the acoustic version, making it feel rawer and even more relatable.

“This Is It”, written weeks before Scotty proposed to his long-term girlfriend Gabi is a gentle, beautifully written song. The music video was full of clips from Scotty and Gabi’s wedding day which fitted the song perfectly, and the acoustic version just showcases all the love that went into the song.

We have all known since Scotty walked into his American Idol audition and sung Josh Turner’s “Your Man” that his voice was made for singing country music. His voice is so unique and the acoustic version of “In Between” shows it off perfectly.

“Still” was never released as a single but the song is one of our favourites from Seasons Change. It is beautifully written and feels like a classic country love song which we could listen to on repeat.

You can listen to and download The Soundtrack Sessions here.

Finally, don’t forget to let us know what you think of The Soundtrack Sessions. If you love it as much as we do, let us know by tweeting us @CelebMix.