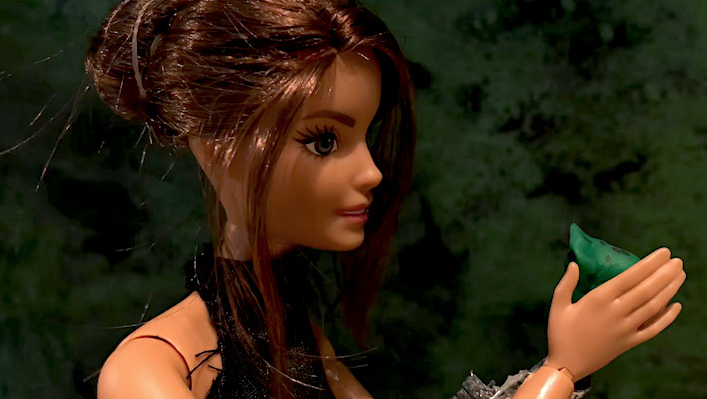 Selena Gomez unveiled a revamped version of her music video for her latest single “Boyfriend”…using only dolls.

The original video came out only 2 weeks ago and it showed the superstar strutting her attitude to her brand-new anthem. It tells the story of Selena Gomez going through a series of dates in hopes that she finds a boyfriend. We first see her driving through Hollywood Hills where she pays a visit to the dry cleaners. Here, she is given a magic potion. She uses a “magic perfume” for her date to be more attracted to her and be under her enchanting spell. In this new version, we see the same plot but with a creative twist.

The whole video was created using dolls instead of people. Selena Gomez is replaced by what is supposed to be her the doll version of herself. The video was directed by the creator of the selenagomez.doll Instagram account. This genius fan account is dedicated to showcasing Selena as…well…a doll! You will see recreations of the singers’ photoshoots, red carpet appearances, short videos of dance routines – the account is truly creative and just goes to show how gifted the Selena Gomez fandom can be.

This newly created version has already reached half a million views in less than 24 hours – with the original version reaching an astonishing 29 million views in 2 weeks! “Boyfriend” is now available to stream through Spotify and Apple Music. Trust us when we say that it’s an absolute tune that everybody needs to listen to! The song is also featured on Selena’s most recent album “Rare” – which you can now listen to the full deluxe version here.

What do you think of this incredible new version of the “Boyfriend” music video? Which one do you like the best? Let us know over on out Twitter – @Celebmix