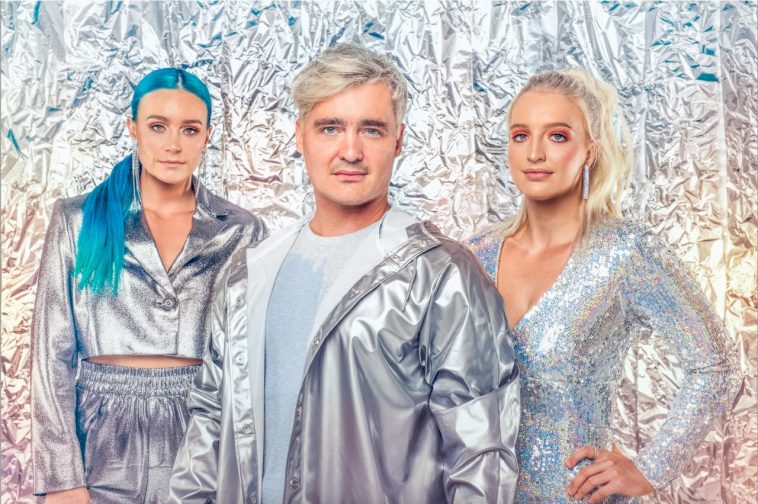 Exactly one year ago to the day since their year-long Kaleidoscope Eyes project began, with the release of the first single Don’t Believe In Love, Australian pop supergroup Sheppard today (February 26th) launch their third studio album of the same name, alongside a brand new single and music video for M.I.A.!

In a year that saw the whole world grind to a halt, and the ways in which we each access music and consume entertainment changed significantly, indie pop stalwarts Sheppard have adopted a new and revolutionary way to present their latest work, by unveiling one new song, each month for the past 12 months – welcoming fans to join them in their journey through “love, loss, pain, joy, heartbreak, and humour”.

Made up of 16 dynamic and electrifying pop tracks, the album serves as the perfect musical showcase for the band, as they continue to develop and thrive musically, by pushing boundaries with their sonically pleasing, eclectic and authentic pop sound.

“The release today of ‘Kaleidoscope Eyes’ feels like the end of a journey as well as the opening of a new door to the future.” George Sheppard says of the albums launch. “As a band and as siblings, this new album has been a real journey of growth, bringing our fans along for the ride as each single has been revealed and shown a new side to who we are.”

“Whether it’s been coming to terms with years of global touring, figuring out who we are as people in the public eye, or simply discovering who we are and what we want to say as musicians, ‘Kaleidoscope Eyes’ has been about that discovery. We know that so many of our fans have been on that same journey with us over the last twelve months as the rolling out of the album has coincided with such a tumultuous time of self-discovery for all of us in world history.”

Listen to Kaleidoscope Eyes below:

To celebrate the albums release, the group will play an exclusive performance at the iconic Fortitude Music Hall in their hometown of Brisbane. As a special treat for international fans, who are unable to secure a ticket to see the show in person, the one-off performance will also be filmed and broadcast around the world, for everyone to enjoy! Following the live stream, the full concert will be available to watch on Sheppard’s YouTube channel here.

“In the end, on our journey so far we’ve learned that there’s only two things in life you can control – your attitude and your art!” George concedes. and with ‘Kaleidoscope Eyes’ we’re proud of what we have produced and we look forward to what comes next now it’s found its place in the world with our fans. We are eternally grateful for everyone across the world who have chosen to be on this positive journey with us.”

Let us know your thoughts on Sheppard & their brand new album Kaleidoscope Eyes over on Twitter @CelebMix now!