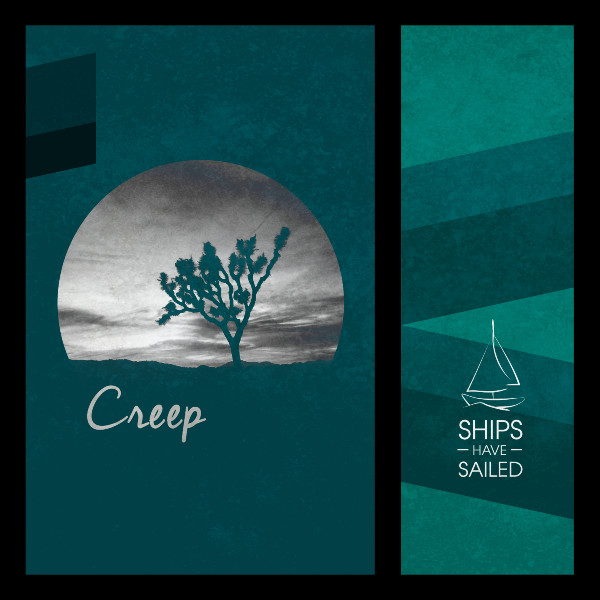 Vocalist/guitarist Will Carpenter explains, “The decision to reimagine such an iconic song originated as the result of a challenge from a musical mentor of mine during the pandemic.  I mentioned an affinity for the ‘90s and they suggested a list of choices – ‘Creep’ was one of them and I’ve always loved the song personally, so I started down a kind of electronic, industrial, vocoder-driven road, which turned out really amazing but something about the intimacy of the piano part (and a nudge from a friend who I showed the industrial version to) led me to reimagine the reimagination with only a piano and a weird, diffused cello.”

He goes on, “The song itself is an anthem to those of us who feel, at times, like the outsider, the awkward kid who can’t relate and who feels like no one understands them, like they don’t belong.  In that way, it’s timeless and transcends the decade it was created.  While I fully expect some folks will be irked that I dared reimagine this particular song, my hope is that what I’ve created will transcend their skepticism – this is not trying to ‘replace’ something that was already amazing but is really an homage to the original and meant to add to the story told through the music, bringing it into the present.”

Ships Have Sailed is the brainchild of Will Carpenter (vocals, guitar), who hesitantly made the decision to focus on new music. Initially daunting, the leap of faith eventually resulted in delicious sonic concoctions blending indie-rock and pop, as well as thoughtful lyricism. Ships Have Sailed is made up of Carpenter and drummer Art Andranikyan.

Since forming, Ships Have Sailed has released albums, EPs, and singles, amassing almost two million streams on Spotify. They’ve had several songs spend weeks in the top five on listener-voted KROQ Locals Only (“Escape,” “Stay,” and “Take My Money” all reached number one). And recently, the band received significant exposure after their cinematic single “Broken Hearts” received placement in an episode of CBS’s legal drama Bull.

The “Industrial Mix” opens on a low-slung, dark piano topped by Carpenter’s melancholic, evocative voice. Soft strings enter, imbuing the tune with dramatic tones that slowly escalate, and then descend down to just the piano and vocals.

On the “Piano-Cello Mix,” the merging of the piano with the somber, soaring sigh of the cello, infuses the song with latent, pensive residual energy. This is a beautiful, haunting rendition of “Creep.”

With “Creep,” Ships Have Sailed magnifies the innate, wistful longing of the original, along with a sense of cultural dislocation.