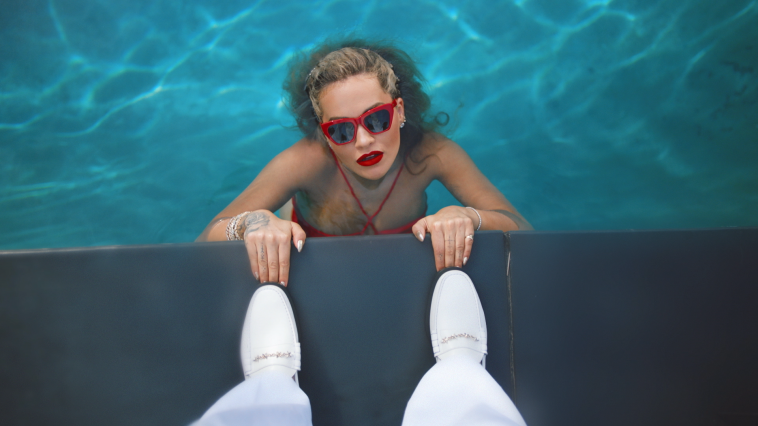 Sigala and Rita Ora have unveiled the sun-soaked visual for their collaboration ‘You For Me’.

Directed by Clara Cullen, the visual was shot on a Los Angeles rooftop and sees Rita channel some old-school Hollywood glamour by the poolside and even includes underwater scenes with a troupe of synchronised swimmers. The video received its global broadcast premiere on MTV Live, MTVU and select MTV global channels, as well as on the ViacomCBS Times Square billboard.

‘You For Me’ Video

Co-written with Charli XCX, ‘You For Me’ is the perfect summer bop to lift your spirits. Since its release, the dance-pop track has amassed over six million streams on Spotify and is slowly climbing the UK Singles Charts.

Earlier this week, Sigala performed ‘You For Me’ on top of the Blackpool Tower with Hits Radio. As Rita Ora was in LA, Ilira stepped in to deliver some gorgeous vocals.

Sigala has also released a new episode of Sounds of Sigala just in time for the weekend, playing ‘You For Me’ as well as tracks from the likes of Calvin Harris, Jax Jones, MK and more.

‘You For Me’ is available to download and stream now.