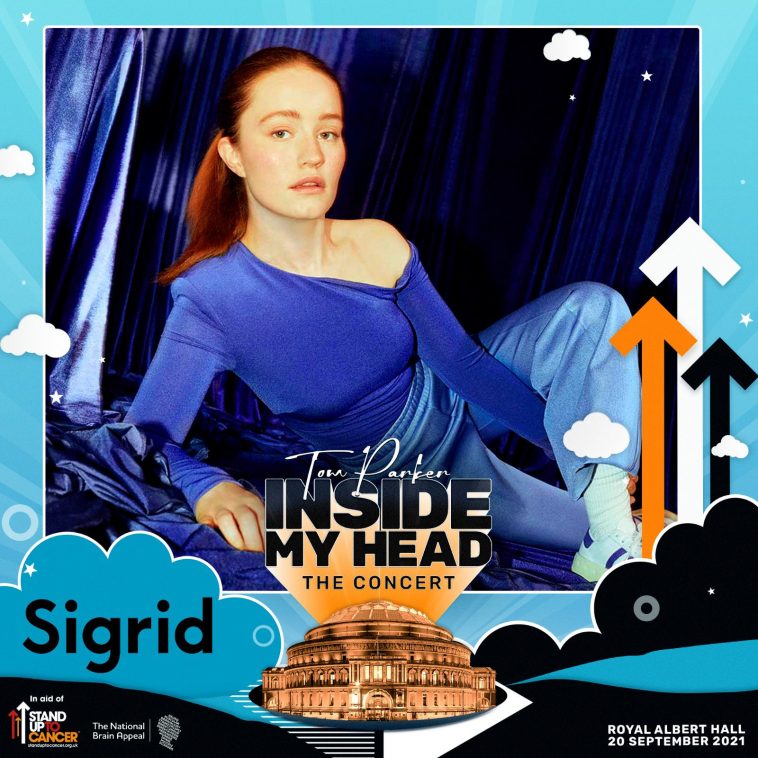 Norwegian singer-songwriter Sigrid is the latest artist to join the line up of Tom Parker’s very special ‘Inside My Head’ charity concert.

The ‘Strangers’ singer was announced earlier today and joins the previously confirmed acts McFly and Becky Hill, as well as a virtual performance from KSI. The evening will be hosted by Capital FM’s Roman Kemp and Sonny Jay.

The concert, which takes place at the Royal Albert Hall, London, on September 20, is being organised by The Wanted star Tom Parker after he was diagnosed with an inoperable brain tumour last year. Proceeds from the event will go to Stand Up 2 Cancer and The National Brain Appeal.

Tom says: “Almost a year ago, my world was turned upside down by my diagnosis. I was absolutely shocked to discover how low the percentage of the annual research budget for cancer that is devoted to brain tumour research. I want to use my voice and platform to do something about it and help in any small way I can. Music is my life so a concert to raise much needed funds seemed like the perfect idea. We have some amazing artists signed up and I’m really excited, it’s gonna be an amazing night.”

Along with the concert, Tom, his wife Kelsey and children Aurelia and Bodhi, will be talking part in a Channel 4 documentary called ‘Inside My Head’ as part of this year’s Stand Up 2 Cancer. The Parkers have invited cameras into their lives over the past few months and the documentary will follow the process of staging this special concert as well as their journey of managing Tom’s diagnosis, exploring possible treatments and meeting fellow brain cancer patients.

Remaining tickets for ‘Inside My Head’ can be found here. Highlights from the show will also be broadcast as part of Tom’s Channel 4 documentary with an extended concert highlights show to follow.

Have you got your tickets yet? Let us know on Twitter @CelebMix