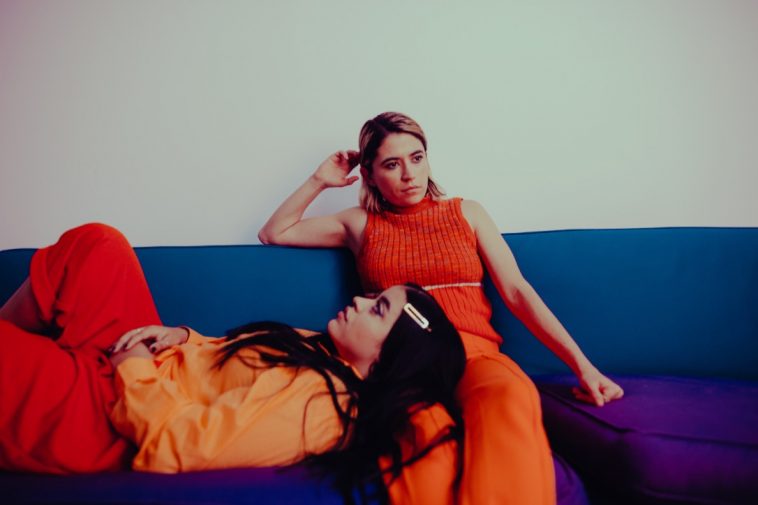 Following on from the releases of “Coachella” and “Saw You with Somebody Else” earlier in 2020, sister duo from El Paso, REYNA have returned with a fresh take on the struggles of social anxiety with their newest optimistic pop anthem, “Lonely Girl“.

Going into detail on why the duo wanted to tackle such a large-scale topic as ‘anxiety’ and social status within the release of their new single, “Lonely Girl“, Hannah of REYNA explains [that in 2019] she struggled with the worst social anxiety and panic attacks, she had never experienced anything like it before. “It was so hard to be around people,” she says, “to communicate how scary it felt to be out at a bar or do something simple like go out to dinner.”

I felt so alone and misunderstood and like I would never be the same. I’m not. The worst part was feeling like I was letting the people around me down because I just couldn’t be myself.

Everyone would tell Hannah she would be okay but it didn’t feel like it to her and that would make her isolate more. “I am doing so much better today,” she adds, “even though this year has had it’s challenges.” In fact, dancing like a Lonely Girl in her room has made her feel like everything is going to be alright even if it’s just for a little bit.

Prior to the release of “Lonely Girl”, Victoriah & Hannah of REYNA put together a listening party to celebrate the release of the single with their fans on social media:

REYNA continue to showcase their opinion and feedback on the aesthetics of every day living and “Lonely Girl” is no different, with the sister act using their incredible voice and digital production skills & techniques to push their stories forward with every single new release.