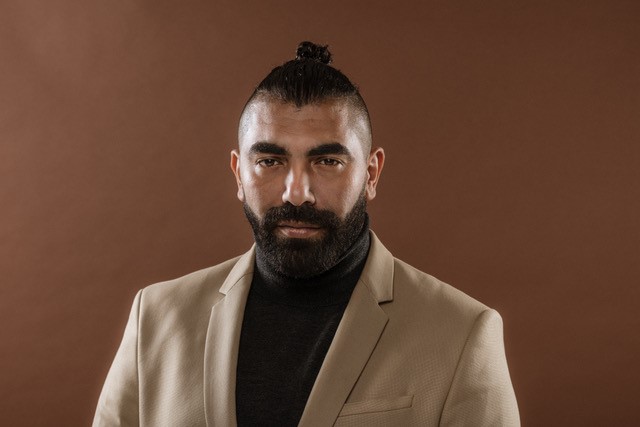 Dutch musician and actor Sjaak, aka Mehdi Chafi, releases the music video for “Trompetisto,” which was certified gold in The Netherlands almost overnight. Now, he’s releasing it to the world.

Sjaak grew up on the streets of Amsterdam and began making music in a youth center in 2007, followed by releasing his Dutch gangster rap hit, “Schijt” with Appa. The video for “Schijt” caused a hullabaloo in the Dutch media as politicians objected to the hardcore lyrics and the depiction of street life.

In 2018, Sjaak released his smash hit, “Stap voor Stap” with Kav Verhouzer, a house-laced party anthem that collected more than 21 million streams on Spotify and more than 6 million views on YouTube. He then began touring the Benelux non-stop, where his live shows galvanized the crowds.

“Trompetisto” opens on a tooting trumpet flowing into a melodic hip-hop melody riding a potent bassline and crisp percussion. Sjaak’s deep voice pushes out a tasty rapping flow, while a radiant backing voice imbues the tune with depth and lush accents.

Simple yet contagious, the throbbing rhythm and muted rapping give the song delicious energy.

The video depicts Sjaak waking up in bed in a house in the mountains of Austria, where, once up, he shaves his beard, leaving only a mustache. He then appears wearing a leopard skin shirt and shorts sporting a fanny pack. Later, he dances in a field surrounded by disinterested cows, followed by reading and sipping tea, and then fly fishing in a river, all the while breaking into mediocre dance steps.

Simultaneously funny and infectious, “Trompetisto” offers Sjaak doing what he does best – entertaining and rapping.