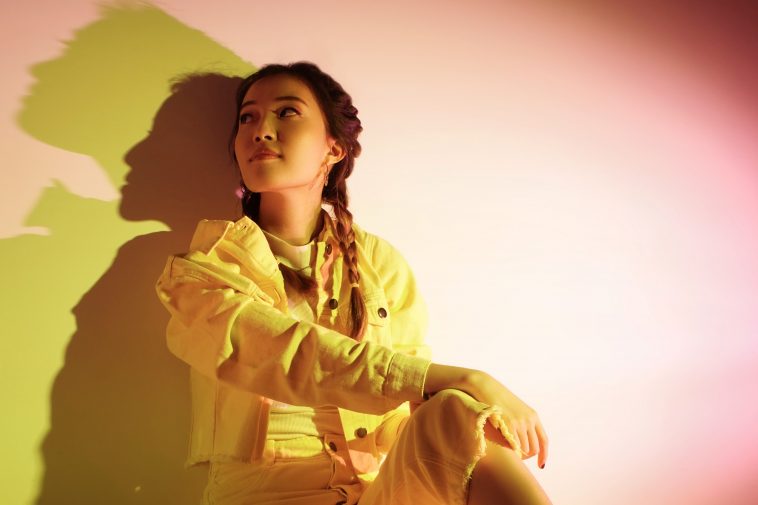 Annette Lee is premiering her latest single “Song For The Underdog” exclusively here on CelebMix.

She has been working hard on her sophomore EP (produced by Nashville-based Colton Price and Jerricho Scroggins of Bridgehouse Productions).

If a new single wasn’t enough Annette has also filmed a 3-part web series ‘You Only Debut Once’ which will accompany the EP. with the music telling the story of a fledgeling artist trying to start a music career in Singapore.  The series was inspired by true events (K-Pop idols Beaunite) and follows a struggling singer, Kandie Pok (played by Annette) who is trying her best to make it as a “KPOP Star”, 7 years after she and her friends have a brush with cyberbullying.

We had a chat with Annette to find out more about the single and web series.

1) Tell us about your single Song For The Underdog?
It’s a fun, celebratory anthem for everyone who feels like an underdog, the tortoise to the hare in the race of life – to encourage them there is a hope to win that they just cannot see just yet.

2) Why did it become the title track for the EP?
Growing up, I always felt like the odds were stacked against me – I was never the cool kid, definitely not a rich kid, my family was dysfunctional and I was constantly falling ill – the list goes on.

Yet I’ve seen times in my life where I found victory after pressing on, despite the odds being stacked against me. So I wanted this to be the title track because it’s a message that could make a world of a difference for someone out there who could be in the gap between gaining their biggest win ever (if they’d just press on a little more) or giving up right before the finish line.

But of course, despite my wins there are always new odds stacked against myself, so I found that this song turns around time and again to encourage me too.

3) You are also dropping a web series ‘You only debut once’, why did you decide to make and star in the series?
Yes!!! The show is about a Singaporean girl trying to be a Kpop star, and it’s inspired by a true event that happened in 2017, where 13 Singaporean teenagers formed a ‘kpop band’ called Beaunite, and uploaded a debut video (like the kind real kpop bands do haha) to Youtube. The video became viral overnight (were #2 trending on Singapore’s Youtube) and the girls became targets for brutal cyberbullies, causing them to retreat into oblivion.

My heart went out to the girls because their stories resonated with me so much: they were girls with a dream being told they’ll never make it – a lot like who I was growing up. So I wondered, what would happen to them 10 years down the road? Would they still be chasing their dream? And that inspired the song and then the premise of the web series as well.

4) The series focuses on the topic of Cyberbullying, is this something you are passionate about raising awareness of?
The series has quite a few themes including cyberbullying and I definitely want to start a conversation about that.

I managed to contact 2 of the girls and had the privilege of meeting up with them last year (it was their first time meeting any kind of ‘media’ since the incident) while writing for the show, and I asked them which they felt was worse – cyberbullying or real-life bullying and they both chose cyberbullying.

Of course, this is debatable because both are terrible things, but many people completely dismiss cyberbullying (I’m guilty of that in the past) thinking it can be easily ignored by turning off your phone – but we don’t see many aspects of it, like the fact that comments are more brutal than real-life comments, including death threats, or having people secretly stalking and take pictures of them in real life, which is scary because they don’t know these people.

5) What advice would you give to people who are being cyberbullied?
I wish I had the answer to this too, and I know it’s tough that authority cannot do anything about cyberbullying until there is physical harassment. But seeing how the girls I met got back on their feet, I think taking a hiatus off social media and focussing on things you love to do, then coming back online when the dust has settled really helps.

6) Other than you dropping your EP, what else have you got planned for this year?
I have a show coming up on March 1st, called “A Party For the Underdog”, where it’s a huge party for everyone involved. There’ll be food and games, and I’ll be sharing songs from the new EP as well – but the idea was to have a party where everyone is invited – especially those who are often left out  – to celebrate before their wins instead of waiting for a win to celebrate.

Also, they say life imitates art, and soon after writing for the show, I got an opportunity to do a Korean remix for one of the songs off the EP with a South Korean music producer. Super excited for that!

Let us know at @CelebMix if you love Song For The Underdog as much as we do!