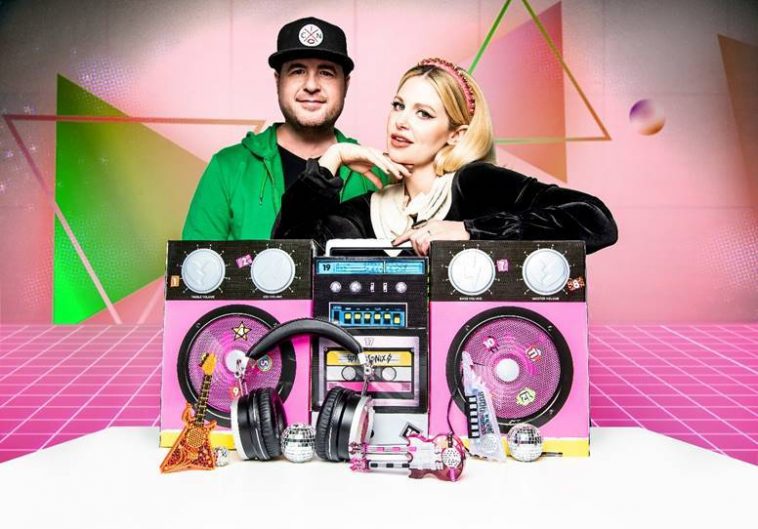 You’re bound to have heard some of them, as Disney’s Descendants is included a couple of times as well as the newly-released Rugrats and the fantastic film Summer Forever, as well as Rainbow High and L.O.L. Surprise!

Perfect to get you and your young ones into the Halloween spirit this year, these awesomely co-written songs are just what you need and proves how capable and incredible Charity Daw and Josh Edmondson are. The tracks are crafted intricately, making them more than just spooky songs for children, but also for adults too. We’ve loved Disney’s Descendants from the moment the first film came out with us loving the sequel and the third film, as our reviews showcase, and that’s partly due to the awesome music in the films.

Stream the Halloween Playlist by Charity Daw and Josh Edmondson on Spotify here:

Charity Daw and Josh Edmondson have had lengthy careers in songwriting, having amassed over a billion streams to date. They have gained a variety of clients and credits including toy brands, TV series, movies, and commercials. Their songs have gone on to be recorded by top-selling label artists including Zendaya, Dove Cameron, Sofia Carson, Jordin Sparks, We The Kings, and Ringo Starr, amongst others.

A Miami native of Cuban descent, Charity Daw grew up around music and went on to study fine art and music at the Design and Architecture High School (DASH) and New World School of the Arts, in Miami. She dropped her debut self-produced album, titled “Juvenilia”, which later gave her the chance to audition on American Idol season seven, where she managed to get as far as Hollywood Round Two. She later started songwriting in Nashville, TN, building up her skills and performance abilities on Music Row.

As for Josh Edmondson, he is a graduate of Northwest High School near Cincinnati and was also a founding member of the Cincinnati pop-rock band Oval Opas. The band was formed at Miami University in Oxford, OH in the ’00s, going on to have many notable performances including opening for the Doobie Brothers at Riverbend, a sold-out headlining show at Bogart’s, Lynard Skynard Cruise, Barenaked Ladies Cruise, The Rock Boat VII, The Rock Boat X, and Cayamo Cruise. The band has since reunited for bi-annual shows that still draw in crowds. He has had big music career footsteps to fill as his father is Carl Edmondson who was a songwriter/producer for Fraternity Records in the ’60s, producing hit records for the likes of Lonnie Mack, Bob Braun, Kenny Smith, The 2 of Clubs, The Dolphins, and many more. Josh Edmondson hasn’t let it phase him, though, having gone on to produce for the likes of the Goo Goo Dolls, Train, Mike Love (from The Beach Boys), and Oh Land. He also has songwriting credits on two Grammy-nominated albums – G Love and Special Sauce’s “The Juice” and Rebelution’s “Falling Into Place”. On top of that, he co-produced the Emmy-nominated song “I Heard Your Voice in a Dream” for NBC’s hit musical show Smash, as well as co-producing the songs from the second season of the series. We’re sure more nominations and awards are around the corner for these two incredible parents.

They recently returned to Nashville – where they had originally met over a decade ago – after they upped and left Los Angeles during the pandemic, with intentions of only staying a few months. That soon changed when they were surprised to find out they were expecting a baby boy, and so they decided to make a home in Nashville, creating stability. Their son, who was born last July, became their main inspiration and helped with the direction of their songwriting, focusing on a younger demographic.

You’re more than likely have been listening to Charity Daw and Josh Edmondson if you have been watching children’s and family-friendly programming from TV to streaming services. Their recent kids projects include Mattel’s American Girl, the hit Disney’s Descendants trilogy, Nickelodeon’s Blue’s Clues, The Loud House and A Loud House Christmas (Nickelodeon/Paramount), Rugrats reboot on Paramount +, a musical special for the Rugrats reboot featuring Jordin Sparks and Tori Kelly, the Hot Wheels video game Champion’s Cup, and American Girl’s animated web series WellieWishers with more exciting projects to be announced soon.

They are also known for bringing music to the hugely popular L.O.L Surprise franchise and helped kick start the brand’s first-ever album and worldwide tour writing and performing powerful and unforgettable dance tracks such as “I’m A Queen” spreading self-confidence and self-belief in children around the world.

The best family-friendly songs are ones that parents enjoy too and Charity Daw and Josh Edmondson are fully aware of this and how parents can be just as saturated with kids’ media. They know how special it is to be able to listen to and genuinely enjoy kids’ music, together, and so – as parents themselves – they’re more inspired than ever to make clever, catchy, and timeless music.

They also have a Latin-pop/dance project named Hialeah High, which is named after the area of Miami where Charity Daw grew up. The project’s songs have been used on TV, most notably in season two episode six of Netflix’s comedy series Gentefied. We expect the future is bright for Charity Daw and Josh Edmondson.

Make sure you check out their Halloween playlist as well as their Latin-pop/dance project, Hialeah High.

Let us know your thoughts on the Halloween Playlist by Charity Daw and Josh Edmondson on Twitter @CelebMix.