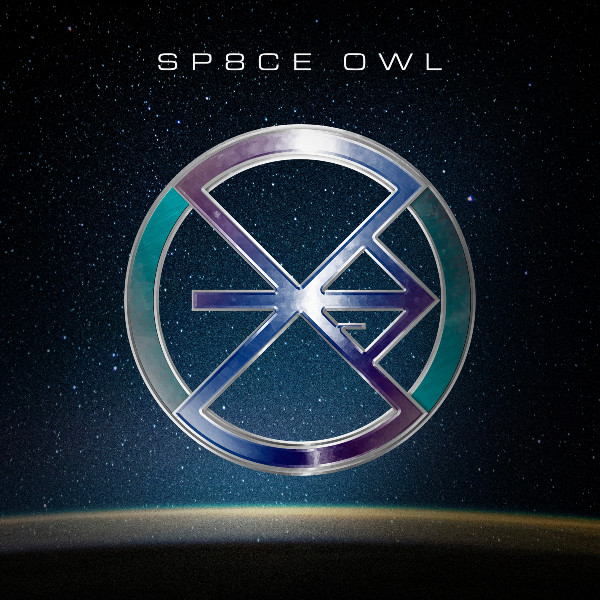 NorCal ambient/electronic producer and artist Sp8ce Owl, aka Joseph Meyers, recently unveiled his single/music video, “Voices In My Head,” a track lifted from his latest EP, Echoes From The Ether.

Born in New York, he experienced a peripatetic upbringing, living in New Jersey, Virginia, Pennsylvania, and Southern California before finally putting down roots in the North Bay of San Francisco. While growing up, he immersed himself in an eclectic array of music – Rush, The Cure, Duke Ellington, and Tash Sultana.

In 2017, he plunged into writing, recording, and creating music for the first time, fashioning a unique sound akin to “a stream of consciousness.”

2021 saw Sp8ce Owl release his debut album, A Room With No Walls, featuring “The Water Within Us.” Since then, he’s dropped a series of cinematic, multi-dimensional singles and EPs, including “Digital Breathing,” “70s Somewhere,” Falling From Infinity, and Quantum Fluctuations, to name a few.

With “Voices In My Head,” Sp8ce Owl delves into the power and human connection found in dance.

CelebMix caught up with Sp8ce Owl to discover more about the person behind the music, the inspiration for “Voices In My Head,” and how he got started in music.

What inspired your new single/music video, “Voices In My Head?”

One of the main inspirations for the song/music video was for me to convey how important dance, more specifically community dance is to society. I feel dance, especially community dance, has the ability to connect the people in those communities and their societies as a whole, and I feel that is something that the modern world has lost a lot of. Movements and unity paired with music I feel can create bonds and heal wounds for the people participating. Another part of making this song that I tried taking inspiration from was using sounds and vocals from different parts of the world and blending them together in an attempt to convey unity in things that might not normally go together. Lastly, the overall message is about connection and a oneness highlighting similarities of all people regardless of where they are from.

Michael Perimutter put together the video using scenes from around the world that incorporated dance from many different cultures.

My musical journey started with me trying to do something to build my self-worth and confidence. An activity that was productive and healthy, because over the years I had eroded a lot of my self-worth and confidence with substance abuse that affected many aspects of my life. From the start, trying to create music gave me joy and a sense of pride. It was an activity that could elevate my mood and quiet my mind, which were both things I had difficulty doing and I used substances to try and achieve which became habits that I can still struggle with today. As I tried to create more my love for doing so increased, and it drove me to try and learn more and grow in the process. It became clear that making music could be a lifelong journey that I could grow with for the rest of my life. At some point during this, I thought I should explore trying to do this professionally. After some missteps, I started working with Chris Curry and soon after the Croshal Entertainment Group where my adventure really started to gain momentum. It has become one of the most enjoyable experiences of my life.

I was born in Auburn New York and lived in New Jersey, Virginia, Pennsylvania, and Southern California before moving to Sonoma County.

Since I only lived in Auburn for the first year of my life and spent most of my life moving around before we finally moved to Sonoma County, I would say Sonoma County was the first place that truly felt like home. I felt that way instantly and is the main reason I have chosen to live here since, except for college. Petaluma is the town I have lived in for most of that time. As for Sonoma County, it has directly influenced my sound mostly drawing from the natural beauty around here. Mainly the ocean and the redwoods. There is tremendous power in both of these places. I try and channel these energies in many of the songs I create. It is a place that makes me feel grateful, and I try and put elements of gratitude in almost all if not all of my music.

If I had to explain my sound, I would say it is a form of emotional stream of consciousness where I try and channel how I am feeling emotionally in those moments, with sounds I feel express those emotions in a hope that listeners can join me on that journey and feel a direct connection to me.

I feel my sound evolved naturally to what I felt most comfortable with in the beginning. I felt like I was guided by my intuition in the directions I would go, and as I grow and learn new things the sound evolves with it, seemingly always having threads to what it was even in the beginning as an emotional journey at its core.

I draw inspiration from many things. The first things that come to mind are the natural beauty of this planet and the mysterious beauty of our universe. The ocean has a significant place in my writing process. I go there often to feel inspired. It gives me the feeling of awe and has the ability to make me feel revitalized almost the instant I smell the saltwater in the air. It also can elevate my mood no matter what I am feeling. A close second is the redwoods with smells that can almost make me feel intoxicated. There is also a sense of ageless wisdom being surrounded by trees that have stood for so many years. Their energy feels quite palpable. I also love the subtle sounds of these giants as they sway in the breeze. Lastly, I try and take inspiration from some of the new scientific theories we are starting to try and understand, and the discoveries and explorations we are making in space.

My writing process is a combination of using software, digital, and analog instruments with loops and samples to find the sounds that best express musically what I am trying to say. I then try and think of visuals to help express what I am trying to convey with the music to take the place of what traditional vocals would normally do. I first try and start with sounds that best express what I am feeling at the moment, and then build upon them trying to create an environment that I hope others will be able to experience as well. Sometimes as I am building a song I am taken in different directions, and my mood as well as the song changes, because of that each song feels extremely personal and a unique journey in and of itself.

Yuuri is an artist I am very impressed by. He sings in Japanese, Chinese, and English and no matter what language he is singing in the songs feel accessible and enjoyable with a pop sensibility that is hard to beat.

Sigrid is an artist I have followed since she first came out, and I am really enjoying her latest album. She has a youthful energy that is both reflective and somber at times giving her a depth that gives one a window into how some of the younger generation is feeling.

Fireboy DML is an artist I find myself listening to a lot. His music creates a vivid experience making me feel connected and often moved by the different environments he creates for his listeners. A lot of his music has a vibrancy that I truly enjoy.

I define personal success as the growth and satisfaction I gain from my work, and the positive impact those things have on the development of my character. As for external success that would be the impact my work has on others, as well as the ability to support me and my creative endeavors in a hope to create something that can positively impact the world around me.

Over the next six months, I am hoping to release 1 to 2 more EPs with at least one video to go with each EP.