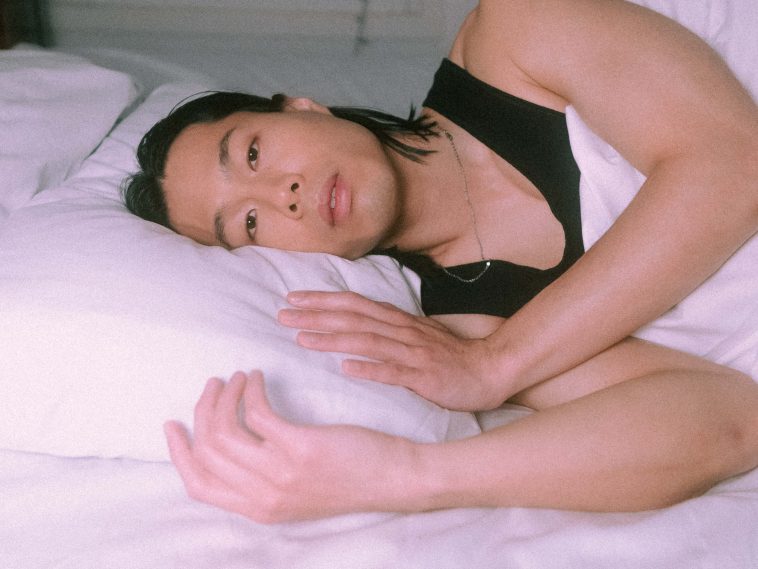 Dark-pop-electro is on the rise and St. Humain is one of many rising stars delivering this sound, with his latest release, the awesome new single “Pillow”, which sees him describe the chatter one has with oneself when one develops feelings for someone. This single is set to be the fourth and final single to be released ahead of his upcoming EP “METADRAMATIC” and follows up his previous single “Tastes Like You”.

St. Humain, real name Paul Ooi, is a Singapore-born singer, songwriter, and producer who is based in Sydney, Australia. He is a genre-agnostic artist with a focus on pop and electronica mixed with a bit of R&B too and he’s hoping to transform media perspectives on Asian representation in the music industry. In 2019, he released his debut EP “EMOTIONAL SAUNA” under Capitol Records, getting critical acclaim from the likes of Billboard, Live Nation’s Ones to Watch and Earmilk, amongst others. He has, so far, racked up over a million streams to date, across multiple streaming platforms, and has appeared on Spotify New Music Friday and Apple Music Best of the Week playlists around the world. “The Thought of You” is his most-streamed track on Spotify, with almost 400,000 streams, and “Make a Move” is very close behind, by roughly 20,000 streams. He’s definitely someone to keep an eye on as he has been building his career for a number of years and he’s clearly at the point of being a global success.

Written by Josh Palandi and Paul Ooi, whilst it was also self-produced by St. Humain, himself, “Pillow” is an exciting dark-pop anthem with electronica vibes running throughout mixed with a passionate vocal set to hit you right in the heart. St. Humain has really taken the essence of those chaotic feelings that you get when you first fall for someone and the unpredictability of dialogue inside of your head as well as the actions you take during that period of time, mixed it all together and created one hell of a song. Full of dreamy pop undertones and synthesiser energy, the song fully delivers in every way from the pulsating rhythms and bulging basslines to St. Humain’s echoing vocals and his undeniable runs as well as the deep dive of emotions where the lyrics speak of the war-raging internal thoughts we all get in the first fall in love. “Pillow” is an adorably cute, late-night anthem with an edgy dark-pop side that instantly touches your heart from the very first listen.

Talking about the track, St. Humain said: “Maybe I’m too cautious, maybe I’m too scared. But this song captures the feeling of missing somebody (again) and wanting to be close to them… I’m thinking about them when I go to sleep, and it keeps me up sometimes. But at the same time, there’s something holding me back. My own heart is holding me back. I’m such a slow burn that I’m unable to simply dive into love and need to take things very gradually. This tension between wanting anything but withholding everything became ‘Pillow’.”

“Pillow” by St. Humain is available to download and stream across all platforms, right now. The track was mixed by Simon Cohen at Studios 301 in Sydney and mastered by Dale Becker at Becker Mastering in California. Look out for his upcoming EP “METADRAMATIC”, which is set to accompany listeners into 2023 – we’re so ready to hear this new EP!

Let us know what you make of “Pillow” by St. Humain on Twitter @CelebMix.