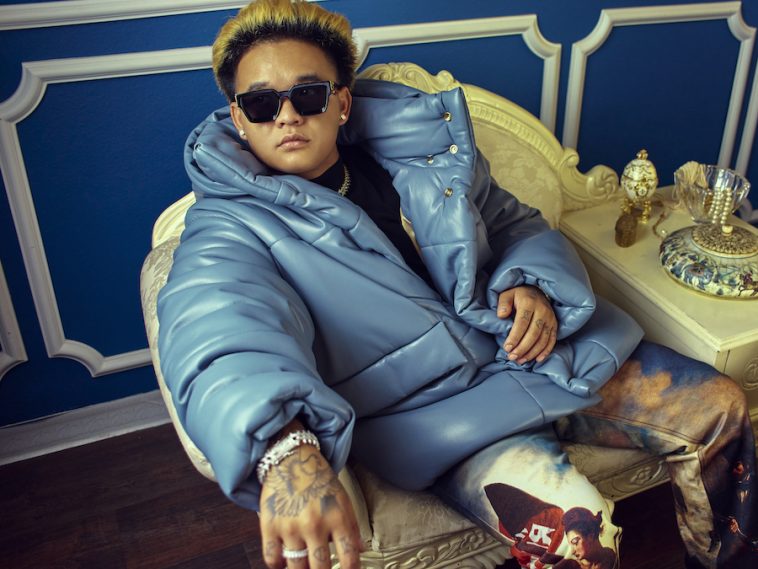 Star2 is known for his ability to bring together common threads of identity through musical collaboration. He has worked with icons such as Soulja Boy and Luh Kel while still holding his own as the captivating voice at the center of the track. On his new release “UP”, Star2 brings together Mozzy, HoodTrophy Bino and $tupid Young for a track about thriving through music but never forgetting where you came from.

Hearty beats, thumping bass, and a canon of four diverse rappers makes “UP” an interesting and unexpected rap single that is layered with hard hitting notes of each artist’s personal narrative. The single brings together rappers affiliated with various Los Angeles gangs in the past, who have now transcended those identities and found a common bond through music. The music video celebrates success as the artists perform inside a dim-lit cash room and outside of a police car while decked out in designer streetwear and indulgent jewelry. Star2 captains the song as he unites each rapper’s verse with a triumphant chorus that reveres each artist’s transcendence from gang life to music.

Star2 was born at a refugee camp in Thailand and later moved to San Diego where he first found music. His recent “Back To School Tour” with HoodTrophy Bino toured various schools along the West Coast. His next EP is set for release at the 2023.

Check out “UP” here and tweet your favorite part @celebmix

Keep Up With Star2 Here: