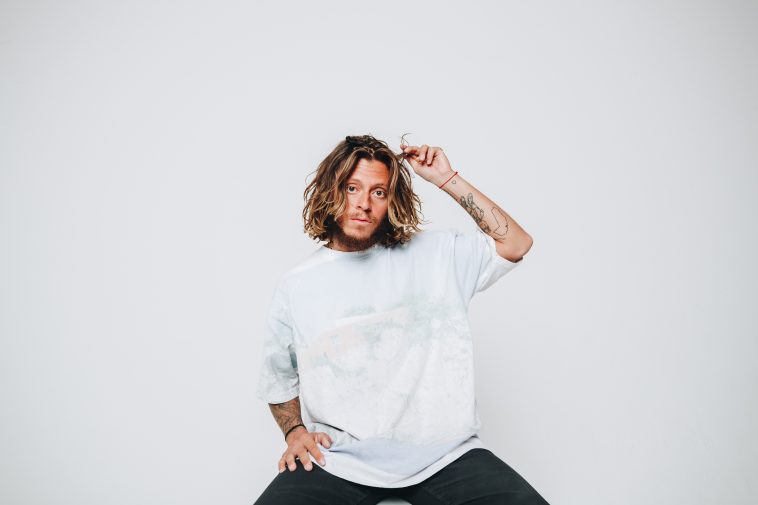 Rising alternative powerhouse, Stay Over, has just released a brand new music video for their latest single: “Happy.” The big plan for Stay Over is to release a series of singles this year surrounding the topic of mental health. With a strong focus on overcoming emotional battles, these tracks have already attracted countless listeners who are able to relate to their genuine lyrics and messages. The music video now provides supporters with a visual to pair with this inspirational single. In an exclusive interview with CelebMix, Stay Over opens up about this latest single, ideal collaborations and mental health.

What can you tell us about your single “Happy” and its overall message?

“Happy” is one of my favorite pieces of music I’ve ever written. It’s as honest and vulnerable as I can get about how I feel. Figuring out how to be happy is sometimes a challenge for all of us and that’s okay. It’s a lot easier to be real with the people in our lives when we’re real with ourselves. I was tired of trying to always put on a front like I was happy. I felt like people expected me to be the same person I used to be and if I wasn’t feeling good then I was letting them down. Much healthier to just be honest. I want people to know that it’s okay not to be happy all the time. It’s normal. It comes in waves.

How was it to create the music video for the track?

Making the music video for “Happy” was an experience. I was in character that day. I was in my head. Anxious and awkward. It was the first Stay Over music video we shot, so I think I had built up all these expectations in my head prior. Everyone on set was such good energy. My friend Bobby Hanaford directed it. We shot it at The Cocoon in Malibu. We all invited friends out and wanted to create a day party atmosphere. The concept was about a boy who’s anti-social at a party and feeling self-conscious / in his head. It was easy for me to be in character.

Your first single, “Breaking Glass,” became a popular anthem for thousands of people across streaming platforms! What inspired you to write that single and why did you decide to release it first?

“Breaking Glass” felt like an anthem from the first version I wrote and recorded. It felt like it was special from the inception of the idea. And to have it finally be released and be getting love is such a cool feeling. The song is about finding a way to get out of your head when you feel stuck and taking control of your life. I hope it gives people hope [and] makes them feel inspired. That’s what it does for me when I listen.

We wanted to release “Breaking Glass” as the first Stay Over song to wake people up. We wanted to come out the gate big and get people’s attention. Stay Over will eventually be in arenas and that’s what we wanted the first song to feel like.

Your music is breaking down the stigmas surrounding mental health and lets people know that they can overcome their emotional battles. Why is that particular message so important for you to get out and spread to your listeners?

I think it’s so important to be in touch with your emotions and not to run from them. For so much of my earlier life, I was constantly hiding how I felt and not telling anyone what was going on in my brain because I was scared. I was scared to be judged and scared to be not taken seriously. Scared people would treat me differently. But I found that the more I was honest with people in my life about what I was going through, the more I realized that everyone goes through the same stuff. It made me feel not so alone.

Is there anyone you would like to collaborate or work with in the near or distant future?

My dream collaboration would be with Benjamin Gibbard. The singer / songwriter from Death Cab For Cutie and Postal Service. I would love to do an album with him one day. He might be my biggest influence for writing.

I want to do something with Jon Bellion, Gabriel Black, Far Caspian, Phem and Yoshi Flower. At the end of the day, I’m a fan of music. Doing a song with any of the artists I listen to every day would be a dream come true.

What else can fans look forward to hearing or seeing from you in 2020?

A ton of music. A ton of good music. We’re planning on releasing a new song every month. The plan is to blow up. Let’s see when it happens.