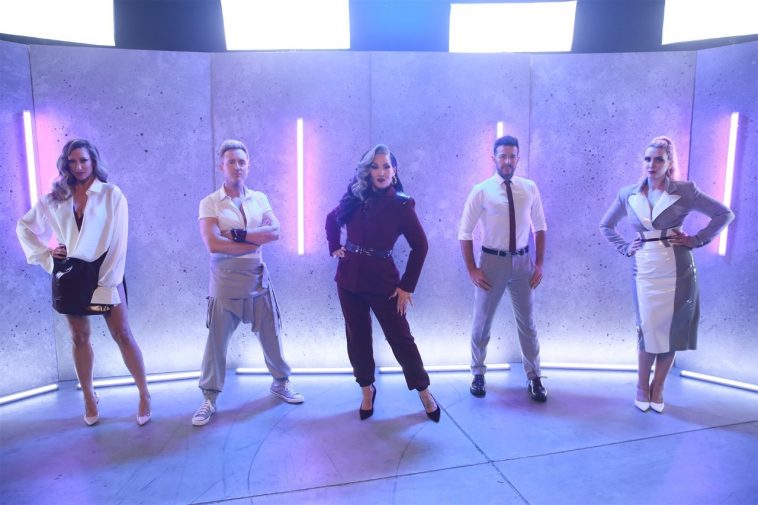 Steps have delighted fans today (April 1st) with the news they are to release a brand new album, What The Future Holds Pt. 2.

Debuting hot on the heels of What The Future Holds Part 1, part 2 of the album spans 15 tracks, including 10 brand-new unheard songs along with special stripped-back acoustic versions of previous singles as well as the revamped single mix of Heartbreak In This City, featuring RuPaul’s Drag Race star Michelle Visage.

The album will be available to buy in CD (both standard and deluxe versions), vinyl, cassette and on digital formats.

Steps On What The Future Holds Pt. 2:

“We couldn’t have been more thrilled about the reaction to our What The Future Holds album last November, and the ongoing love from fans for all our single and video releases since.” – Lisa Scott Lee

“While lockdown has been really tough, we were fortunate enough to use the time to record a load of brand-new songs for you all! What originally started as a deluxe version of the album has now become a full new record.” – Faye Tozer

“We see ‘What The Future Holds Pt. 2‘ as the perfect companion piece to the original album. The new record is classic Steps but also explores some brand-new sounds.” – Claire Richards

“Some of our favourites include ‘Take Me For A Ride’ which has a proper 80s vibe and ‘A Hundred Years of Winter’ which is an icy electronic anthem written by our friend, the brilliant songwriter Darren Hayes from Savage Garden.” – Ian ‘H’ Watkins

“‘Living In A Lie’ reunites us with Thomas G:Son who wrote ‘Something In Your Eyes’ which was a huge fan favourite on Part 1 of the album, and brings classic Steps pop drama and key changes. Another of my favourites is ‘Trouble & Love’ which was written by Fiona Bevan and Carl Ryden the duo behind our 2017 comeback single ‘Scared of the Dark’.” – Lee Latchford-Evans

“The more I try to make you mine, I just see heartbreak in this city…”

To celebrate the exciting news of the records release, the band held a special YouTube Rodeo livestream event, where they also premiered the music video for Heartbreak In This City, ahead of their highly anticipated live performance, with Visage, on The Graham Norton Show tomorrow evening.

Directed by Harold Strachan, and with choreography by Mark Jennings, the super slick video was predominately shot in Manchester and in keeping with current restrictions, Lisa Scott-Lee filmed her scenes in Dubai with a local crew, with the UK team overseeing by Zoom.

What The Future Holds Pt. 2 is available to pre-oder now.