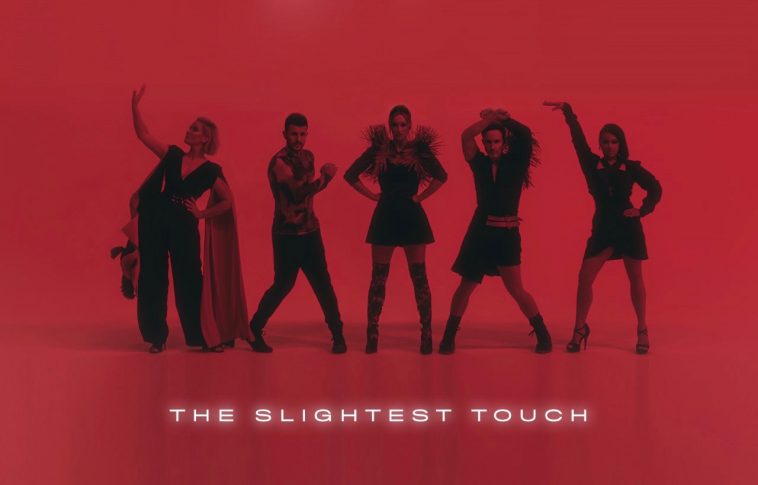 As fans wait with baited breath for the release of their highly anticipated new studio album What The Future Holds Pt. 2, pop legends Steps today (August 20th) reveal another track set to feature on the record, The Slightest Touch – an EPIC remake of the classic Five Star hit!

In a joint statement issued to accompany the songs release, the British quintet say: “We are SUCH massive fans of Five Star, when we started brainstorming a possible cover idea to include on ‘What The Future Holds Pt 2’ this felt like the natural choice. They are absolute idols of ours and have always dreamed about giving one of their songs a euphoric Steps makeover. We are SO excited about the end result and hope fans love it as much as our part covers like ‘Chain Reaction’ and ‘Tragedy’.”

Upon hearing the cover, Five Star gave their seal of approval saying “We love this version! You guys nailed it!”.

Listen to The Slightest Touch below:

What The Future Holds, Pt. 2

Set for release Friday, September 10th 2021 What The Future Holds, Pt. 2 comes hot on the heels of Steps previous album of the same name, which went Silver within the first month of its release and was the most downloaded album in the UK over Christmas 2020!

Spanning 15 tracks, including 10 brand-new unheard songs along with special stripped-back acoustic versions of previous singles as well as the revamped single mix of Heartbreak In This City, featuring RuPaul’s Drag Race star Michelle Visage – the album also includes the groups current single Take Me For A Ride, a super melodic classic pop bop that the group performed live for the first time last week at their Radio 2 Live headline performance at Manchester’s O2 Ritz.

Fans can hear the electrifying show in full the weekend of September 11-12th 2021 when it airs exclusively on the much loved BBC national station online and on radio at 88-91 FM.

Steps – Take Me For A Ride (Official Audio)

In celebration of the albums release, Steps are set to hit the road this winter to play 18 arena shows across the UK including two dates at London’s The O2 with support from the queen of the kitchen disco, Sophie Ellis-Bextor!

Kicking off in Sheffield November 2nd, the pop supergroup promise fans a night they won’t forget as the perform tracks from both What The Future Holds parts 1 + 2, as well classic hits including Tragedy, One For Sorrow, Stomp and Scared Of The Dark.

What The Future Holds Pt. 2 is set for release September 10th, and will be available to buy in CD (both standard and deluxe versions), vinyl, cassette and on digital formats. Additional to the five other formats, the CD will also be available in a stunning rainbow laminate, exclusive to HMV. Spanning 15 tracks, the album includes 10 brand-new unheard songs and special stripped-back acoustic versions of previous singles. Pre-order the new album?here.