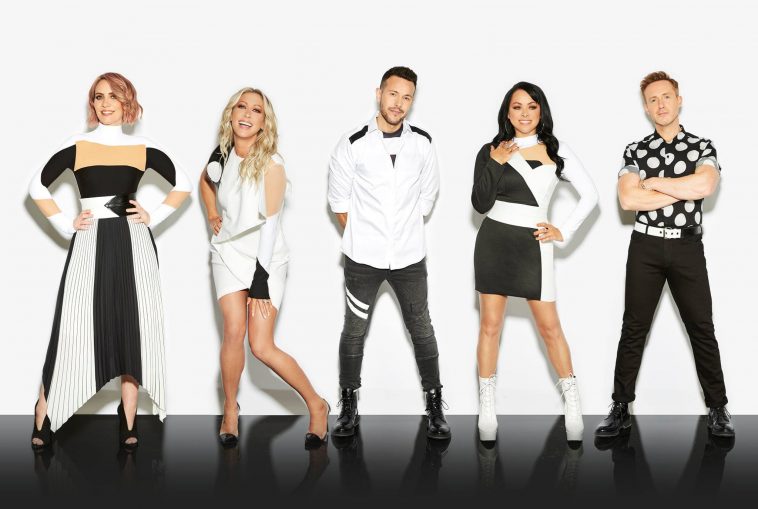 Pop icons Steps have today (October 9th) delighted fans with the surprise release of a brand new track set to feature on their upcoming 6th studio album, What The Future Holds.

Written by Charlie Walshe, Farley Arvidsson and Rachel Clare Furner and produced by Barry Stone and Julian Gingell, Under My Skin is CLASSIC sounding Steps – it’s soaring melody and emotive lyrics brought to life by each of the bands killer lead vocal performances.

“I’d rather lie here in the darkness…”

“‘Under My Skin’ is one of our favourite songs on the new album, and while it’s not an official single, we couldn’t wait to share it with you all.” The band say of the track. “Our last album ‘Tears On The Dancefloor’ was up-tempo from start to end, but Steps have always been known for our mid-tempos like ‘Heartbeat’ and ‘It’s The Way You Make Me Feel’, so we wanted to show more diversity on our new album ‘What The Future Holds’.

“‘Under My Skin’ is one of the most emotional tracks we’ve ever recorded and we loved harmonising together on this track.  We hope you all love it as much as we do.”

Listen to Steps Under My Skin below:

What The Future Holds For Steps!

It was a joyous day for many when Steps announced their much anticipated return to the music scene back in September – scoring three #1’s on iTunes and trending on Twitter in the week following news of their new single and album What The Future Holds and plans for a 2021 arena tour.

Released via BMG the album looks set to be another smash hit for the band and will be available on all digital platforms plus CD, Vinyl (including a limited edition transparent pink edition) and Cassette (including a special collector’s box with five separate transparent pink solo cassettes with an intro from each band member).

Following the albums release in November Lee, Lisa, Claire, H and Faye hit 14 arenas across the UK next year as part of their What The Future Holds Tour, with Sophie Ellis-Bextor joining them as their special guest.

Dates are as follows:

Under My Skin is available to stream on all digital platforms now.

Steps new album What The Future Holds is available for pre-order here.

Let us know your thoughts on Steps new track ‘Under My Skin’ over on Twitter @CelebMix now!