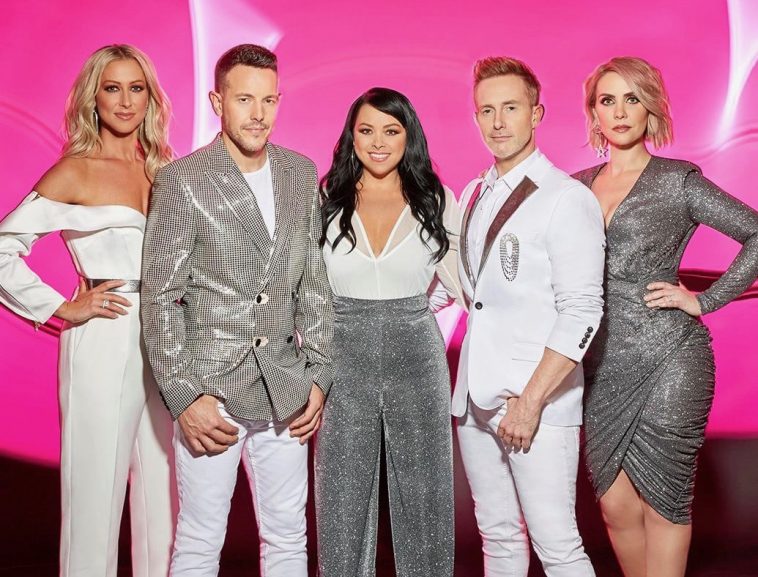 Steps continue their reign as British pop royalty with the news they are to release an extra special remix version of their track Heartbreak In This City, featuring Primetime Emmy Award winner and star judge on RuPaul’s Drag Race, Michelle Visage.

Available from Thursday, February 25th at 8am, and serving as the bands 24th (!) UK single release, the glorious new track gets its premiere first play the very same day by presenter and comedian Alan Carr, who sits in for Zoe Ball on her BBC Radio 2 Breakfast show every morning next week.

As the fourth single to be taken from their #2 charting album What The Future Holds, Heartbreak In This City sees Steps reunite with long-term collaborator and songwriter Karl Twigg – the man responsible for some of the bands biggest hits including One For Sorrow, Deeper Shade Of Blue and Stomp – for the first time in nearly a decade.

Guaranteed to appeal to fans of all ages, the brand-new single mix of the track features guest vocals the legendary Michelle Visage, who is simultaneously appearing on BBC 3’s Drag Race UK Season 2 and Netflix’s Drag Race US Season 13, while filming Season 1 of Drag Race Australia.

Speaking of the single and her collaboration with the beloved pop supergroup, Visage says: “To say that I’m honoured to record a song with pop icons STEPS is the understatement of the year. With the state of the world today, we all need music that makes us feel good and trust me when I tell you, Heartbreak In This City is an absolute BOP! After years of dreaming about it, for at least a moment in time, I can officially be “Michelle from Steps”! CAN SOMEONE PINCH ME PLEASE? I hope everyone loves listening to it as much as I loved recording it!”

Explaining the idea behind of two of pop culture’s biggest icons teaming up to record together Lee Latchford-Evans explains: “The idea for this collaboration came about when we did an Instagram Live with Michelle on album release week.” With bandmate Ian “H” Watkins adding: “I LOVE Heartbreak In This City and we thought Michelle would be PERFECT to take it to the next level. I am the world’s #1 Drag Race superfan and BESIDE myself she’s joined us on the song!”

Speaking of their excitement of the track, Faye Tozer says “Not only did Michelle and I have the same dance partner Giovanni Pernice on Strictly Come Dancing, but we both played the role of Miss Hedge in the West End production of ‘Everybody’s Talking About Jamie’.  We’ve since become good friends and constantly chat all things Strictly and Drag Race by WhatsApp!” Claire Richards continues “On top of being a brilliant Drag Race judge, people might not realise that Michelle is an incredible singer who was first part of the girl group Seduction and had a huge hit with The S.O.U.L. S.Y.S.T.E.M. on the Bodyguard soundtrack, one of the greatest selling albums of all time”.

Heartbreak In This City featuring Michelle Visage is available to pre-save now.

Let us know your thoughts on Steps teaming up with Michelle Visage over on Twitter @CelebMix now!