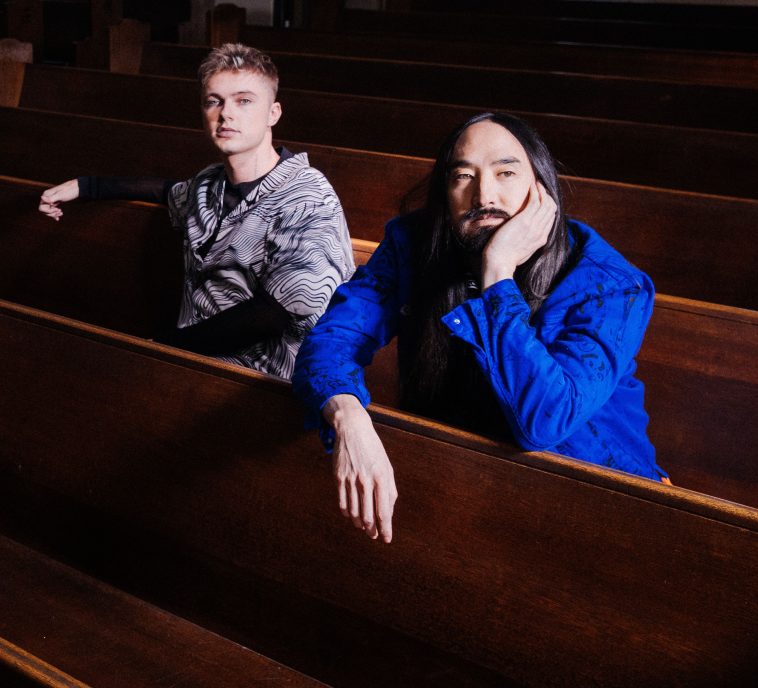 Acclaimed DJ and producer Steve Aoki has joined forces with rising star HRVY for an epic collaboration called ‘Save Me’.

Highlighting Steve’s trademark euphoric production style, ‘Save Me’ is laced with catchy, energetic beats and an ear worm melody which is heightened by HRVY’s smooth vocals. “’Round and ’round in circles till I met you at the stoplight / I can still remember touching you and what it felt like / ‘Round and ’round in circles till you saved me for the first time…” HRVY sings during the atmospheric chorus, which is sure to be played at maximum volume across festivals this summer.

The track comes accompanied by an atmospheric visual set in a church, which also marked the first time that Steve and HRVY got to meet in person. Directed by Ava Rikki, the video sees Steve and HRVY make their confessions before things take a trippy turn. Check out the visual below.

Speaking about the track, Steve shares, “For ‘Save Me,’ I wanted to create a vibrant and fun drop that had a special bounce to match HRVY’s incredible vocal style. When we did the video, it felt like a haunted church vibe was the perfect setting for what the soul-stirring lyrics depict.”

HRVY added, “I’ve always been a huge fan of Steve’s so after I wrote the song last year and heard he wanted it to be a single it was an immediate yes. We’d not actually met until the shoot in LA and I’m hoping we’ll be able to perform it together at some festivals in the summer and throw some cake out too!!”

‘Save Me’ follows on from HRVY’s latest EP, Views from the 23rd Floor, as well as a support slot on The Wanted’s greatest hits arena tour across the UK. The track is also Steve’s newest release after he recently teamed up with grandson and Jasiah for ‘KULT’.

Let us know your thoughts on Steve Aoki, HRVY and their thrilling new collab on Twitter @CelebMix