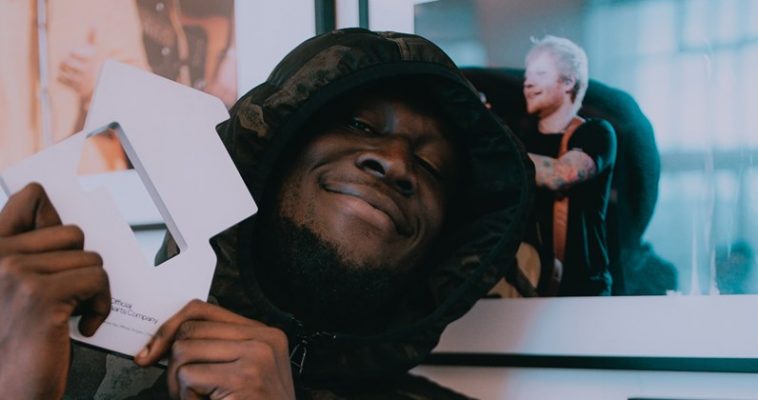 Stormzy has achieved the first UK number one single of 2020 – and the decade – with his track ‘Own It’ featuring Ed Sheeran and Burna Boy.

The track, taken from Stormzy’s sophomore album Heavy Is The Head, marks the rapper’s third number one single, following on from ‘Vossi Bop’ and ‘Take Me Back To London’ (another collaboration with Ed).

‘Own It’ racked up an impressive 57,000 units this week which included 6.6 million streams.

Speaking about his latest achievement, Stormzy told OfficialCharts.com: “When we shoot, we score! Big up Ed and Burna Boy. Honestly, I’m so grateful. Anyone who listens to me, supports me, buys my music, streams my music or comes to my shows, you lot have changed my life. Words aren’t enough, but thank you.”

By notching up his third number one single in less than a year, Stormzy is the first rapper to achieve this feat in over a decade. The last rapper to score three number ones in a year was Dizzee Rascal. He went to number one with ‘Holiday’, ‘Dirtee Disco’ and ‘Shout’ between 2009 and 2010.

‘Own It’ also marks Burna Boy’s first number one single, whilst it takes Ed Sheeran’s tally up to an impressive nine number ones. Three of those, ‘I Don’t Care’ featuring Justin Bieber, ‘Beautiful People’ with Khalid, and ‘Take Me Back To London’, come from his latest album No.6 Collaborations Project.

Are you loving Stormzy, Ed Sheeran and Burna Boy’s chart-topping collaboration? Let us know your thoughts on Twitter @CelebMix