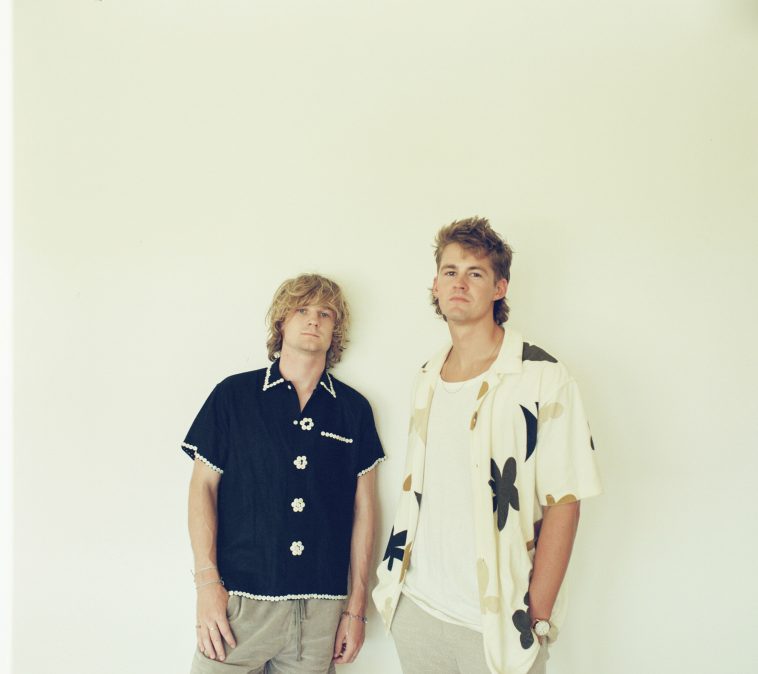 Fresh from the runaway success of previous single releases “What’s Been On Your Mind?” and “I Can’t Help But Feel”, Surfaces unveil their brand new album “Hidden Youth” – out now via 10K Projects.

Serving as the follow up to 2021’s ‘Pacifico’, the Texan duo (made up of Forrest Frank and Colin Padalecki) explore a multitude of topics and themes whilst experimenting with a plethora of differing pop sounds across 14 superbly produced tracks to deliver their biggest, and boldest project yet!

“With this album, we really wanted to explore a new setting – as a band with a beachy sound we wanted to see what sounds the desert would bring us.” Surfaces say in a press release. “We rented a house for two weeks and elaborated on ideas we had started on our last tour, and this is what came of it. The music we grew up on is what inspired this album that we’ve always wanted to make but weren’t able to until now. No samples, no loops – just us, our instruments, and the overall energy of being secluded in the desert.”

To celebrate the records release, U.K. fans are being treated to an extra special listening experience event that will take place at Coal Drops Yard in Kings Cross TODAY (Friday, August 26th) between 12pm and 5pm.

Inspired by the album’s lead track ‘It Only Takes Two’, attendees will be invited to sit in pairs with headphones to enjoy and listen to ‘Hidden Youth’ in its entirety, whilst soaking up the sunshine. The area will also be decorated in the colours and design of the album artwork, with custom drinks and popcorn available for listeners, making it the perfect way to kick start the August Bank Holiday weekend!

As a band famous for captivating audiences around the world, the group kick off their Summer Forever Tour alongside American pop rock band LANY next week. Produced by Live Nation, the 34-city North America jaunt kicks off August 3rd at The Chrysalis at Merriweather Park in Columbia before making stops in Toronto, Detroit, Houston, San Diego and more, before wrapping up in Seattle at Lumen Field – Muckleshoot Plaza on September 24th. Tickets are on-sale now.