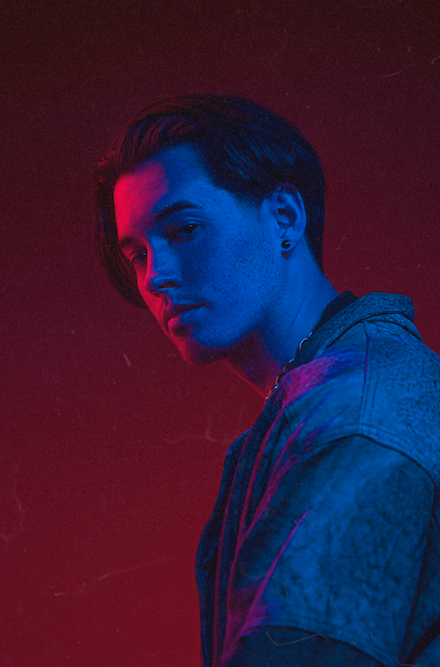 AIRPORTS captures the poignancy of the current situation we find ourselves in, with the heartfelt music video for “U FEEL IT 2”.

Marking a significant time in history, the Australian artist sends a friendly reminder that we can all be close to one another, even during times of social distancing. We don’t need to be physically close to feel connected and sometimes all it takes is a few words to show others that we are here and we are experiencing similar emotions.

AIRPORTS shares, “The intention of the video was to show that everyone walks the tightrope of this duality in their own lives, no one is exempt from happiness nor suffering.”

Known for his lo-fi dream-jams AIRPORTS, (which is the moniker of Aaron Lee) mixes up his playful songwriting, danceable grooves and lustrous instrumentation to craft a song that lingers in your mind long after listening. His wistful, charming vocals emit a familiar feel, while mellow melodies and R&B beats emanate a smooth, easy-listening track which make you want to jump in your car and go on a road trip.

“U FEEL IT 2” is evocative of the likes of Honne, Troy Sivan and Lauv, with the songwriter experimenting with his own style of melancholic pop. His impressive musicality adds a level of sophistication and almost cinematic atmosphere to his sound, hypnotizing listeners and making them beg for more.

Over the last few years, AIRPORTS has been making a name for himself for not only his pure pop bangers, but also writing and producing for other artists and companies. Demonstrating his versatility, he has successfully worked on projects for Coca-Cola, Fanta, Universal Music, Capitol Records and also Multi platinum JPOP groups.