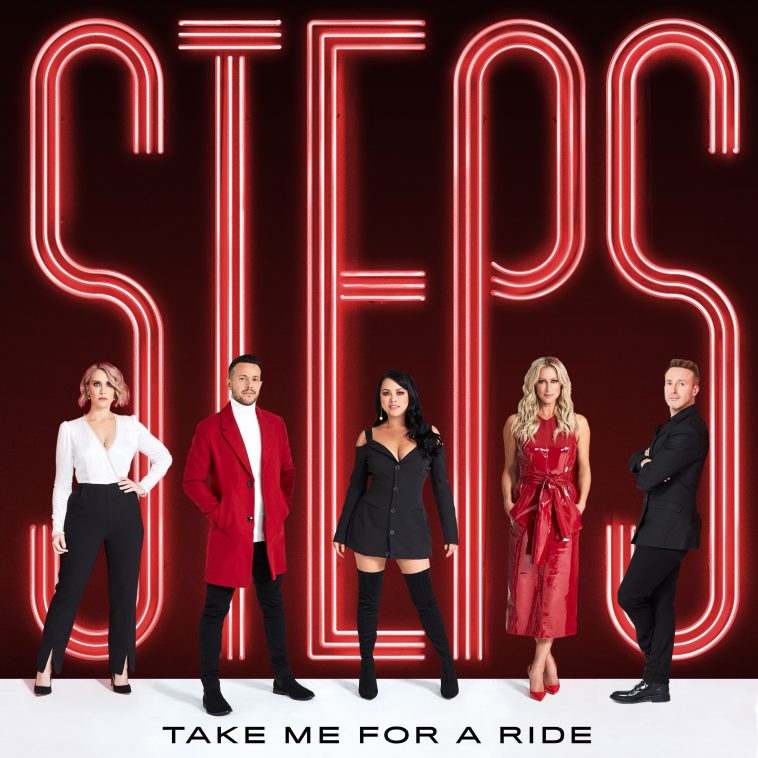 Take Me For A Ride, is the name of Steps latest single. It’s also a taste of their upcoming album ‘What The Future Holds Part 2’. The new single will be released on 29 July it was announced today while the album will be out on 10 September.

The track has seen them reunite with two legendary Steps songwriters, Karl Twigg and Mark Topham who wrote some of their biggest hits including One For Sorrow, Deeper Shade Of Blue and Stomp.

A departure from the sound of the singles released off previous album ‘What The Future Holds Part 1’, ‘Take Me For A Ride’ has those all-important elements of classic Steps but the lyrics tell a much darker narrative than tracks the band have released previously. Speaking of the single, Steps said: “It’s much darker than what we have done in the past and the lyrics tell a real story about someone being gaslighted in a relationship, a topic that’s finally getting the attention it deserves. It’s one of several songs on the new What The Future Holds Pt 2 album that takes our Steps sound in exciting new directions. We can’t wait to hear what everyone thinks about the track and the album as a whole. We hope you love it as much as we do.”

‘Take Me For A Ride’ is the second single to be released from ‘What The Future Holds Pt. 2’ but the first brand-new track. They previously a re-vamped and dancetastic version of ‘Heartbreak in This city’ featuring Michelle Visage.

Of the upcoming album release, Steps said, “We couldn’t have been more thrilled about the reaction to our What The Future Holds album last November, and the ongoing love from fans for all our single and video releases since. While lockdown has been really tough, we were fortunate enough to use the time to record a load of brand-new songs for you all! What originally started as a deluxe version of the album has now become a full new record. We see What The Future Holds Pt. 2 as the perfect companion piece to the original album. The new record is classic Steps but also explores some brand-new sounds”.

You can pre-order the album here! Are you excited about Steps new music? Let us know @CelebMix!