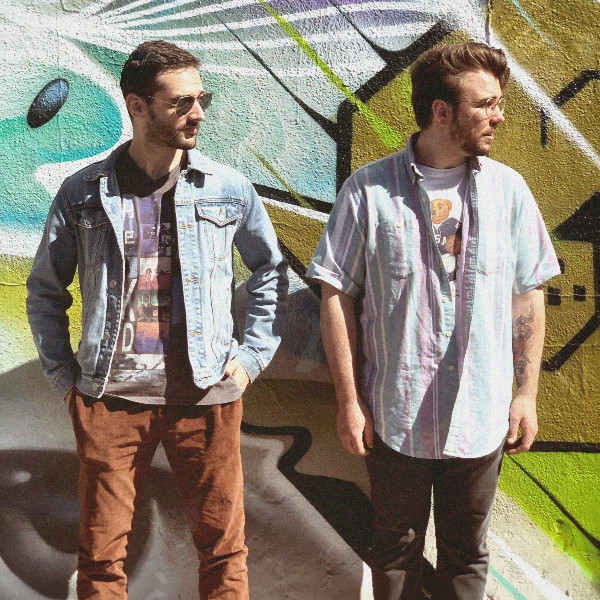 Alt-pop duo Middle Child released their debut single/lyric video, “Burn Out,” a few days ago. Taken from the pair’s forthcoming debut EP, releasing in the near future via Casual Jam Records, “Burn Out” is first-class.

As a solo artist, Mikey Wax released Billboard-charting songs, as well as placements with Hollister Clothing, Nike Swim, the FIFA World Cup, and United Airlines. His single/music video, “Do You Believe Me,” amassed over one million views on YouTube.

Superbly wrought, “Burn Out” rolls out on wicked, aching colors, layered with redolent textures, all crowned by the sumptuous falsetto of Mikey Wax.

CelebMix spoke with Mikey Wax to find out more about his new project, Middle Child, how he and Jacob Lee got started in music, and the inspiration for “Burn Out.”

Both of us got started in music at a young age. I (Mike) am a piano player, guitarist, and singer. Jacob plays guitar, bass, and produces.

Who is in Middle Child and how did you get together?

Middle Child is a duo, myself (Mikey Wax) and Jacob Lee. We started getting together weekly in LA to do co-writes to pitch songs to other artists. Middle Child sort of became a fun side project to escape from some of our pop song tendencies.

What’s the story behind the name Middle Child?

I’m the middle child in my family of 3 brothers and have always had the classic “middle child syndrome.” It seemed like a fitting name to go by for this project.

What inspired your new single/lyric video “Burn Out?”

The inspiration came from being grateful to have someone in life that understands and accepts my crazy and worried mind. The lyric video came when our friend Renata posted snippets of that exact video on her Instagram just for fun. The second we saw it we were like that would be a sick image for “Burn Out.”

Peace in the chaos. Joy in the madness. A bunch of contradicting emotions.

Nothing super fancy at all. It was all done in a bedroom at home on an iPhone and completely impromptu.

I think Miles Davis and John Coltrane have been and always will be killing it.

I think for the most part people who create music or create anything really, experience a similar feeling to wanting to eat when you’re hungry. For us, when we feel sad, for example, sitting at the piano and writing a song about it quenches that feeling.

Looking to the future, what’s next for Middle Child?

The future for Middle Child is to keep exploring sonically and melodically and creating more music that satisfies our itch to make interesting emotional noise.