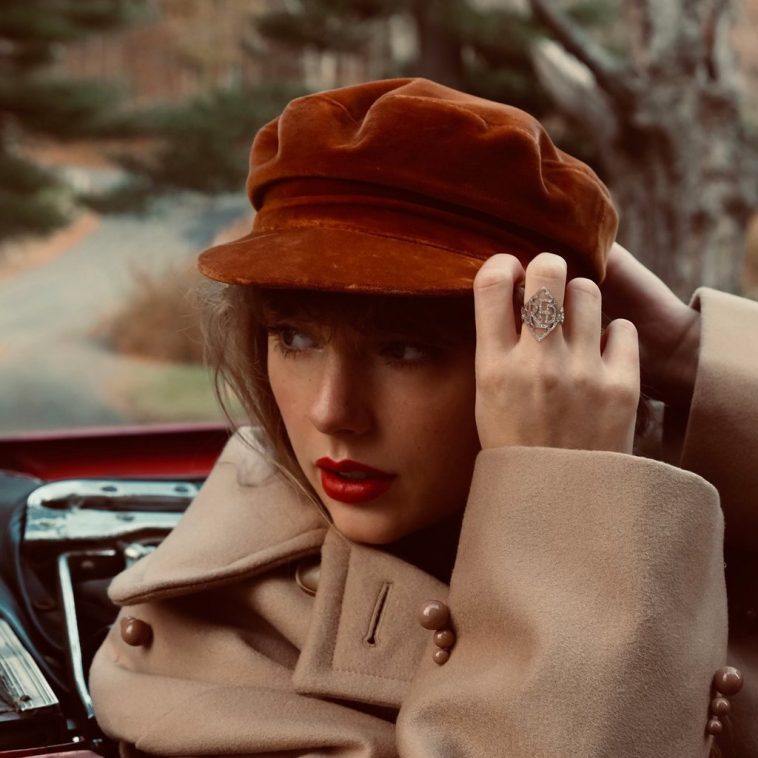 We are not all too well right now! After Swifties got 1989 (Taylor’s Version) trending on Twitter, Taylor Swift comes in and throw another bombshell at them. “RED (Taylor’s Version)” will be the next rerecorded album and it is coming November 19. She announced it via her socials on June 18.

Who else is not breathing right now?

It is so appropriate for “RED (Taylor’s Version)” to be released in the fall because that album just screams Autumn with numerous lyrics about the season and the aesthetic being fall colors.

“RED (Taylor’s Version)” will have 30 songs, including the 10 minute version of “All Too Well” that fans have been wanting for nine years, since “RED’s” original release. The 2012 released “RED” had 16 songs, three deluxe tracks, an acoustic version of “State of Grace,” and two demo tracks, making that 22 songs. Now there will be eight new songs that fans will hear for the first time, making this her longest album to date. This is the album she wanted to make nine years ago and now is finally allowed to.

From her post, it sounds like it will feature the old collaborators Ed Sheeran and Gary Lightboy of Snow Patrol. Hopefully, it will feature new ones on the vault tracks, like the “Fearless (Taylor’s Version)” did. And it will be explicit!

This announcement comes just two months after she released her album, “Fearless (Taylor’s Version),” on April 19.

The announcement comes just at the right time. June 19 is the 15th anniversary of her debut single. “Tim McGraw.” It also happens to be Scooter Braun’s, who is the man who bought her masters, birthday. Coincidence?

Fans are going to have to wait a while for her other rerecords, as she said this is the next one and won’t be out until the end of the year, but that’s ok because she has put out four albums in two years and deserves a break.

Our only question now is which track will she release as a single before the album drops? Will she do that at all? And what will the album cover look like? Some fans speculated that her picture at the BRITs was a hint towards “RED.” Could this be the new album cover? Or will it be the picture she used in the announcement?

“RED (Taylor’s Version)” is now available for pre-order in her store. We cannot wait to hear this one.

Which track are you most excited to hear rerecorded? Who do you hope she collabs with? Let us know on Twitter at @CelebMix.