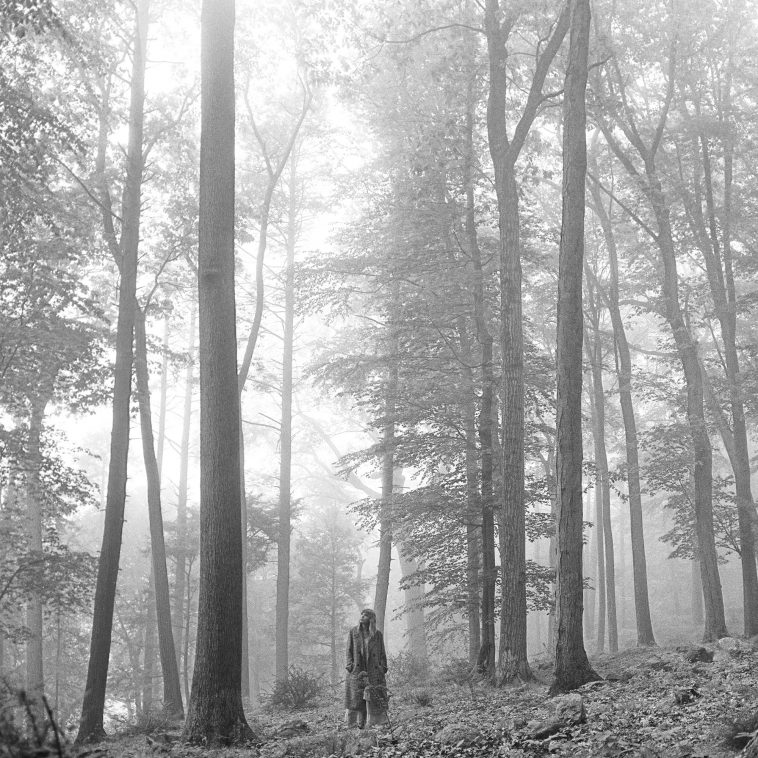 Taylor Swift has surprised fans not only with the announcement of her new album folklore, but that it will be released tonight at midnight EST in the US and 5am (24th July) in the UK.

Signalling to fans that an announcement was on the way Taylor posted a mosaic set of images of her within the forest on Instagram. It was then revealed the images (Shot by Beth Garrabrant) when put together made up the cover art for her new release folklore. Accompanying the cover art came the announcement of her eighth studio album which was written and recorded during isolation.

Most of the things I had planned this summer didn’t end up happening, but there is something I hadn’t planned on that DID happen. And that thing is my 8th studio album, folklore. Surprise ?Tonight at midnight I’ll be releasing my entire brand new album of songs I’ve poured all of my whims, dreams, fears, and musings into. I wrote and recorded this music in isolation but got to collaborate with some musical heroes of mine; @aarondessner (who has co-written or produced 11 of the 16 songs), @boniver (who co-wrote and was kind enough to sing on one with me), William Bowery (who co-wrote two with me) and @jackantonoff (who is basically musical family at this point). Engineered by Laura Sisk and Jon Low, mixed by Serban Ghenea & Jon Low. The album photos were shot by the amazing @bethgarrabrant. Before this year I probably would’ve overthought when to release this music at the ‘perfect’ time, but the times we’re living in keep reminding me that nothing is guaranteed. My gut is telling me that if you make something you love, you should just put it out into the world. That’s the side of uncertainty I can get on board with. Love you guys so much ??

Aaron Dessner who worked on 11 of the tracks has spoken out about Taylor approaching him in late April about writing some songs remotely together. Reaching out to fans about the experience on Twitter he describes the singer-songwriter as “one of the most talented, hardworking and deeply caring artists I’ve ever encountered“. Whilst Jack Antonoff has advised listeners that “August & My Tears Ricochet are my favorite things we’ve done together” just in case you needed to know which tracks to skip to first… He’s also hinted that more new music is on the way so head’s up Taylor Swift fans be on your guard at all times.

Whilst we might not be able to get our hands on a physical copy of folklore straight away, the wait will be worth it as a number of special editions have been created. The deluxe physical editions of the release will feature a track called ‘The Lakes’; whilst over on her webstore there are eight deluxe CD editions and eighth deluxe vinyl editions available for one week only in honour of this being her eighth studio album. Get your copy (or copies!) from here.

Giving fans no time to digest the album announcement, she then revealed to fans that the video for ‘Cardigan’ which the singer-songwriter wrote and directed will also be premiered tonight at an unspecified time. Shot during lockdown along with a still from the video and thanks to all those involved she revealed that “The entire shoot was overseen by a medical inspector, everyone wore masks, stayed away from each other, and I even did my own hair, makeup, and styling”. Earlier this year Taylor took the reins and directed the music video for single ‘The Man‘ which was an incredibly powerful visual effort so we cannot wait to see what the ‘Cardigan’ video holds.

The music video for “cardigan” will premiere tonight, which I wrote/directed. A million thank you’s to my brilliant, bad ass video team – cinematographer Rodrigo Prieto, producer Jil Hardin, executive producer Rebecca Skinner, AD Joe ‘Oz’ Osbourne, editor Chancler Haynes, special effects wizards David Lebensfeld & Grant Miller, and set designer Ethan Tobman. The entire shoot was overseen by a medical inspector, everyone wore masks, stayed away from each other, and I even did my own hair, makeup, and styling ?

Like many other artists a number of notable events in Taylor’s 2020 calendar got put on hold including the Lover Fest tour and her slot at Glastonbury Festival. However, the delay now means fans will get to hear tracks from 2019 release Lover and new release folklore when touring resumes again.

Are you excited about the release of folklore? Tweet us @CelebMix and let us know!