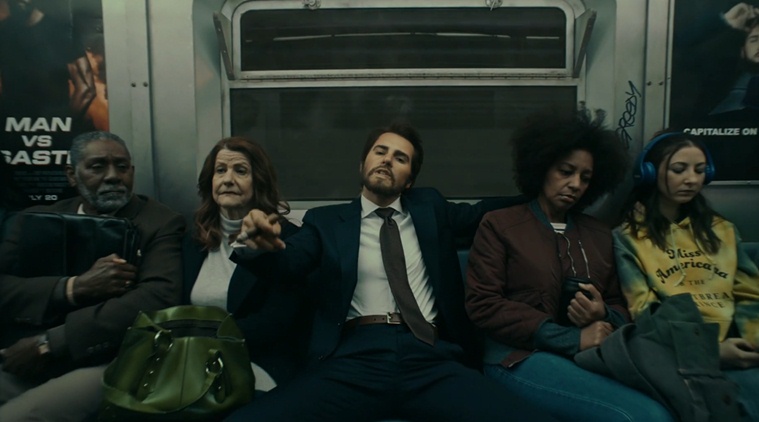 Taylor Swift is THE MAN! After teasing “The Man” as her latest single with a lyric video and an acoustic video, she finally released the music video and it is amazing.

This is the first video that is solely directed by Swift herself, which is a big deal, especially for the theme of this video.

As usual, this video is filled with many Easter eggs, ones we probably won’t figure out for a while because Swift is that clever.

The video opens with a man staring out the window (“False God” reference?) in his office and when he turns around everyone is wondering who the mystery man is. He walks into the office – which looks like the same office as the streaming vault in the “LWYMMD” video – and “mansplains” everything.

It goes on to display things men do without any repercussions – manspreading, public urination, leaving the morning after, marrying younger women without criticism, and much more.

An interesting part is in the subway with the graffiti on the wall. There are a ton of Easter Eggs right in this scene. (0:50 in the video)

13th Street Station is a nod to Swift’s favorite number. But if you notice, all of her albums are listed around the word ‘Karma’ and karma appears twice on the wall. Many fans believe “Karma” will be her next album and is listed twice because it would be the second album owned by her.

Also, all of her albums are listed around three signs. One is “No Scooters Allowed,” referencing her battle with Scooter Braun and her masters. The other is “Missing: If Found Please Return to Taylor Swift,” which also references her masters. The last is a poster for her documentary, Miss Americana, but says ‘Mr. Americana’ and directed by Larry Wilson instead of Lana Wilson, which will premiere at man dance festival.

The 19 hands in the hallway, fans think, reference the 18 women, plus Swift, who she mentioned in her Billboard Woman of the Decade speech.

Her dad, Scott Swift, makes his debut performance in his first music video. The tennis scene, in which he is featured, is also a reference to when Serena Williams argued with the ref and everyone called her dramatic, but if a man overreacts its ok.

The next scene shows the wedding of an elderly man marrying a young woman. 58 years later, is shown on the screen, which 5+8=13. Another subtle reference.

In the end scene, (3:30), Swift, the director, tells the actor to try to be more sexy and likeable, which all women are told at least some point in their career.

During the end credits, we find out who played the man, and it turns out it was Taylor Swift herself. She directed, starred in, wrote, and owns this song and music video and proved that she really is THE MAN.

The Man was voiced by Dwayne “The Rock” Johnson, who has been a long-time friend and supporter of Swift.

We hope there are more videos like this in Swift’s future. Did you like the video? What Easter Eggs did you find? Let us know on Twitter @CelebMix.