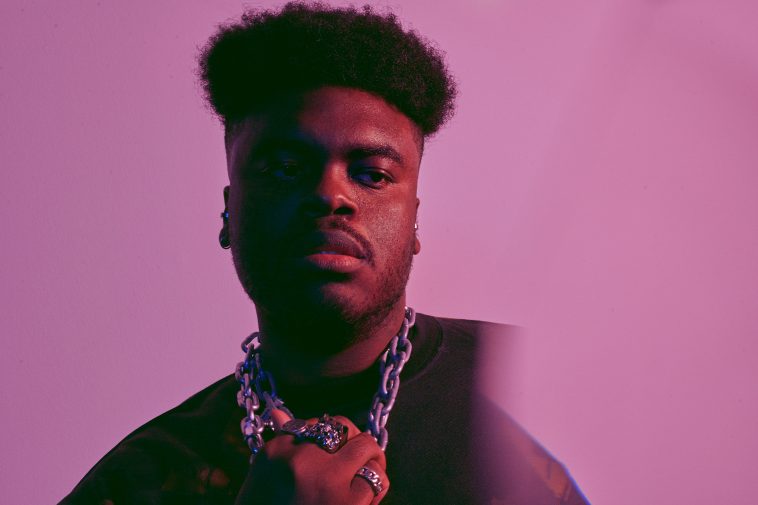 The emotive, Montreal-based singer-songwriter, Tedy serves up a platter of well-orchestrated, cathartic numbers on his debut EP ‘Boys Don’t Cry’.

The 28-year-old artist- originally from Haiti- has been swiftly building his online profile over the past four years with an impressive 24.33M+ Spotify streams and 1M+ YouTube subscribers. Since April this year, he has racked up 817.9K followers and 40.4M likes on Tik Tok where he recently came out to his fans.

At the beginning of last year, the rhythmic-pop virtuoso entered the studio to begin work on his debut EP. Pulling on traumatic experiences from his past, which he had kept muzzled from the outside world until now, Tedy has crafted a body of work that sees him reach his breaking point and exhale his torment whilst reaping acceptance.

On the opening title-track, Tedy’s melting vocals drip onto fizzing guitars as he challenges the foundations of masculinity choosing instead, to find solace in his vulnerability. The previously released, emotionally saturated ‘War’ is about loving yourself enough to end a toxic relationship, placing fragile guitars against roaring percussion to help manifest Tedy’s conflicting emotions.

‘Stuck’- Tedy’s first major-label single release- continues his struggle through the vines of a virulent relationship with lyrics like: “I get you stressed even when I do right.” ‘Twisted (I Hate Myself)’ punches at the jugular with jabs of resentment and loss. ‘Fireworks’ sees the artist tapping into a more optimistic outlook on love with ambient sonics, and ‘Hopeless’ is the cleansing, euphoric closing to what we see as Tedy’s heart and soul- open for all to see.

If there is one thing that we can all learn from this artist, it’s that being emotionally vulnerable is the real strength that we should be flexing.

For the latest on Tedy:

What is your favourite track on ‘Boys Don’t Cry’? Let us know on Twitter @CelebMix!