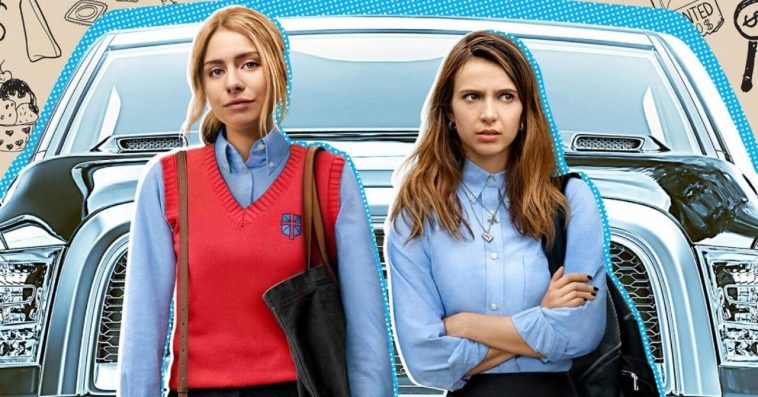 Just last week, it was announced that neither “Teenage Bounty Hunters” nor “GLOW” would be returning to Netflix for another season. The latter originally received more shock and attention, being that the streaming platform had already renewed it for what was supposed to be a fourth and final season. However, the uproar behind “Teenage Bounty Hunters” should not go unnoticed.

A fan-led campaign to have the show picked up has already ensued and has even been making waves across social media. Tweets have been flying out to various streaming platforms and TV networks with daily hashtags in hopes of getting someone’s attention.

For the fans, it’s a mission that they feel strongly about. The program, only released two months ago, has already gotten its viewers so attached. It is this passion behind a show so well-received (scoring 92% in critics and 95% in audience ratings on Rotten Tomatoes) that makes the cancellation such a head-scratcher.

It is not the first time Netflix has left audiences upset, and in the world of TV, in August, cancellations of “The Society” and “I Am Not Okay With This” But it’s shows like “One Day at a Time” that keep giving fans hope.

The sitcom’s cancelation was a devastating blow, and the fans’ renewal campaign paid off, giving the show a new home on PopTV last spring and air time on CBS starting tonight. Unfortunately, though, that is one of few success stories in a sea of disappointing cancelations.

Like “One Day at a Time,” the LGBTQ+ storyline of “Teenage Bounty Hunters” is a driving force behind fans’ attachment. In its first and only season, the show introduced two very religious girls, April Stevens (Devon Hales) and Sterling Wesley (Maddie Phillips), as enemies who built their relationship into something much more. It was a plot that easily could’ve focused on internalized homophobia while leaning into their religious backgrounds. However, the show did no such thing. Instead, it told a refreshing and heartwarming tale that ended on a “maybe someday,” making the cancelation all the more devastating.

The show follows twins Sterling and Blair Wesley (Anjelica Bette Fellini) as they tackle teen drama and the pressures of bounty hunting with veteran guide, Bowser (Kadeem Hardison). It’s fun twists and turns boil up to a tense season finale and a cliffhanger that’ll leave you pleading for a second season too.

Would you be down for more bounty hunting adventures? Let us know @CelebMix on Twitter!