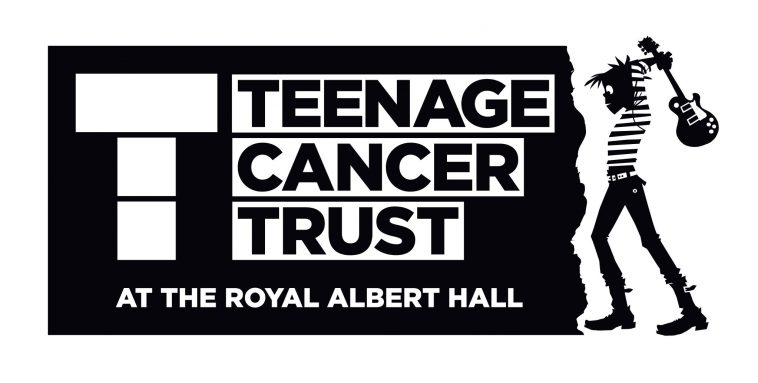 Two further headline acts have been announced for the 2020 Teenage Cancer Trust fundraising series at the Royal Albert Hall.

Taking place between 23rd – 29th March, it’ll celebrate 30 years of the Teenage Cancer Trust and the 20th anniversary of the phenomenally successful series of music and comedy events at The Royal Albert Hall, set up by “The Who” frontman Roger Daltrey CBE.

Considered one of the most influential bands of the 20th century, The Who’s 1964 guitar smashing incident at the Railway Hotel, was named one of the “50th Moments that Changed the History of Rock ‘n’ Roll” by Rolling Stone magazine.

Providing all the laughter this year will be one of the UK’s biggest names in comedy, John Bishop, and his lineup of sensational comedians.

Having achieved huge success with comedy and documentary shows across BBC One, ITV and Sky1, Bishop has headlined many sell out arena tours with his show at the Royal Albert Hall becoming the fastest selling stand-up DVD in UK history; this year is set to be a good one.

Over the past 20 years, we have witnessed some of the biggest names in entertainment, once in a lifetime shows, and now raised more than £30 million for TCT’s specialist nurses, hospital wards and support teams that help young people through the toughest times of their lives.

When we were asked to play the first Teenage Cancer Trust concert back in 2000, we would never have dreamed that we’d be headlining again in 2020… or could have possibly imagined the huge difference these shows would have for the charity and, on the lives of thousands of teenagers and young people with cancer. All the acts have given up their time for free, and this year the artists are absolute legends. It’s also incredible to have three artists who were at the very first gig – Kelly Jones, Paul Weller and Noel Gallagher – join us as headliners in our 20th year. It is an honour to be a patron of this charity, and to have helped raised millions that have paid for Teenage Cancer Trust nurses, support teams and special hospital wards right across the UK. I’d like to dedicate this 20th anniversary gig to the incredible people who care for young people with cancer each and every day.

Teenage Cancer Trust is the only UK charity and the first to offer specialist cancer care for teenagers and young adults.

It was established in 1990 to put young people in the best possible place – physically, mentally and emotionally – before and after their cancer treatment.

Every day in the UK, seven young people aged 13 to 24 hear the words “you have cancer” and almost every one of them can get support from specialist Teenage Cancer Trust nurses, wherever they live.

Around 100 young people who’ve been supported by Teenage Cancer Trust will get the chance to enjoy their night at the charity’s 2020 Ultimate Backstage Experience.

Thanks to support from The Royal Albert Hall’s Education and Outreach Team, this will see them write and perform their own song, backed by a live band.

On top of that, they will meet performing acts and appear on stage alongside Roger Daltrey and other acts to thank audiences for their support.

We’re so proud that The Who are playing this year, and to have the support of so many other amazing bands and artists for our 2020 shows. We can’t thank Roger enough for organising all of our gigs over the past 20 years and for his patronage of our charity. Thanks to his passion and dedication, Teenage Cancer Trust nurses and support teams have been able to help and guide young people with cancer through some of the toughest times imaginable.

Tickets are on sale now:

Tweet us @CelebMix and let us know who you’re going to see!