Harry Styles, a member of One Direction and a name known through the entertainment industry that many adore. The boy who gets called a son, cupcake, ‘small’ bean, and can rock a man bun like no one’s business. What makes everyone fall in love with this human being? Love can be a hard thing to ever explain or describe – but when it comes to Harry, you could go on for days and days.  CelebMix is here to celebrate the love and appreciation we have for Mr. Styles because honestly, it’s hard not to adore him.

It is obvious that Harry Styles has a beautiful voice, not only that, he writes music that fans can relate to.  Many people listen to music when they need to calm down, and One Direction albums are perfect for listening to during an afternoon to relax.  When fans hear Harry’s voice, they feel at ease because his voice is soothing and can make just about anyone happy.

9. His fans are his everything

No matter what happens Harry tries his best to see and thank the fans for all the support they have shown for him throughout the years. Not long ago, a fan had a panic attack while while meeting him.  Most people may not know how to handle this situation, but Harry just soothed her and talked her through it until she was feeling better.  This is one trait that makes it easy to adore Harry – he truly cares about the fans, no matter what.

Harry Styles is a beautiful human who exists in a world where people worry about the image they’re portraying. Another reason why we love him is because he is able to pass through this society standard and put himself out there. Many respect his actions and bravery because he encourages a number of people to take a step out of the standards they place on themselves.  Early in One Direction, Harry was hurt by words used against him, he almost looked for people saying bad things about him because he wanted to understand.  These days, Harry can stand up against the things that aren’t so nice that people say because he’s learned how to love and accept himself.

Some people may think that Harry’s jokes aren’t funny, but you can’t lie and say they don’t make you smile.  His effort to try to make others laugh and smile shines through that you can’t help but love him even more.

Even though Harry is in one of the biggest boybands in the world, he never fails to prove to us that he is still a normal guy. In fact, he doesn’t even like being called famous because he feels that the phrase “takes away a lot of substance that [people] have as a person”.   Harry’s friends and family are people he surrounds himself with constantly.  We love seeing their relationships and interactions because they really reflect on who Harry is as a person. To make us love him even more, Harry has tattoos of his mom Anne and sister Gemma – he’s a family man. With Harry growing up to be such a beautiful person, we often think back to the time during X Factor where the boys got to go home and Harry had a moment with Anne where she said her popular quote, “You’ll always be my baby.” What more can we say? We love Harry Styles!

Harry Styles is generous with his time and love. He’s respectful to everyone and is always nice to people no matter what. He is the definition of selfless, kind, and humble. Don’t believe us? Remember that time when Harry took his day off to drive around buying pizzas giving it to the homeless? Or when he was willing to help a pregnant woman out even if it was just a prank? He has a heart of gold. Harry provides fans that security blanket when he embraces them. People dream about the day they meet their idols, someone who they look up to that inspires them. For some, those people saved and helped them escape through thick and thin and so it means everything to just have a moment with their hero. When that day comes, being able to express your love through one simple action is all it takes to heal any pain. Harry Styles makes people feel safe. He isn’t someone who’s the first to let go, making sure that you get that moment you long for. 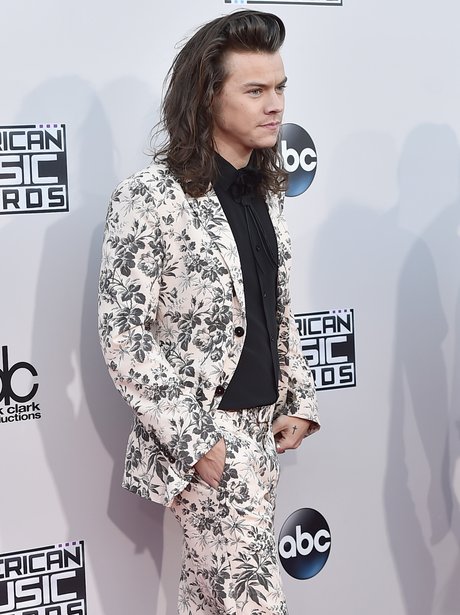 Harry is always taking big steps when it comes to fashion.  He is able to embrace and showcase himself because he is at peace with who he is, and he wears what he likes for no other reason than, well, he likes it. With Harry’s recent red carpet looks and on stage outfits – fans want more because they love the fact that he isn’t afraid to experiment.  It puts a smile on our face just to see him looking happy in what he’s got on. Gotta love Harry Styles!

Although we do not know fully what the tattoos mean, we love seeing Harry being able to express himself with them. Knowing that he feels comfortable with his own skin and isn’t afraid to express that, it just makes us extra happy. The ink is sometimes silly, but a lot of the time meaningful and the effort he’s put in to inking his skin with important things just shows how much he cares about what he’s experienced, the people in his life, and being carefree. 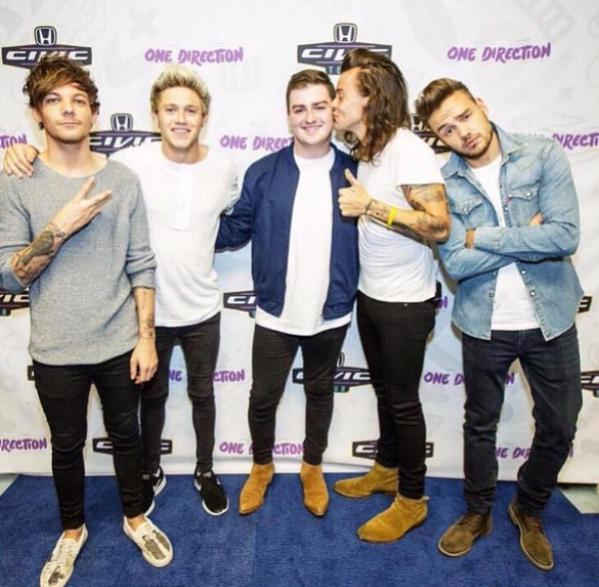 The title says it all. Harry loves and supports love. He makes sure that he uses his voice to spread and promote it in all forms. This is shown through his Instagram posts, holding numerous rainbow flags during their tour, and openly tweeting support.  Not to mention, his tweets always end with ‘All The Love. H’ which goes to further show that he wants everyone he encounters to feel loved and cared for.

Harry Styles is a beautiful human who helps to make the world a better place, and we love him for it.  We would love to know why you love Harry Styles. Let us know in the comments or tweet us @CelebMix and @CelebMix1D.