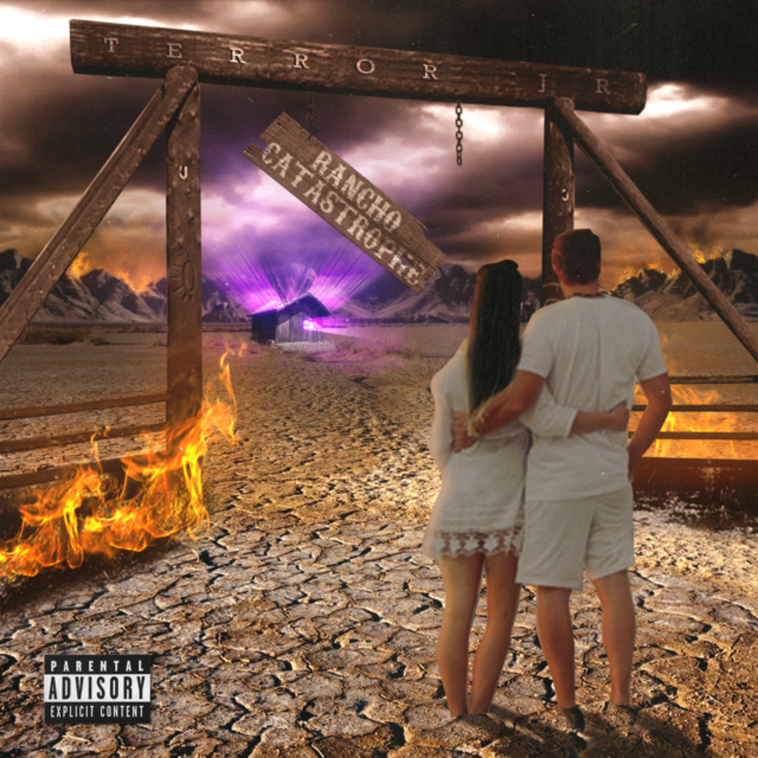 The apocalypse is upon us! And Terror Jr are merrily providing the soundtrack for it!

After releasing 4 EPs, one studio album, creating more than hundreds of songs and shooting a couple more videos (and also featuring prominently in a Kylie Jenner commercial), Terror Jr have blessed us today with their second full-length record. It’s the band’s first one as independent artists, having separated from Atlantic Records last year, and -we have to admit- it might be their best one.

Terror Jr’s second album is titled “Rancho Catastrophe” and was created by the band as a safe haven for listeners to escape an (imagined) impending apocalypse. The record wants to provide a place where people can come together and escape the bloody waters that loom head, in the hopes that it would make their listener feel better so he or she can have some fun before their end is nigh.

Sounds grisly at first but if this is what Terror Jr imagine the apocalypse to sound and be like then we might be down to party in the heat.

“Rancho Catastrophe” is one of those record you cannot fully place at first, which makes it so much more interesting. On the one hand, you have Terror Jr at what they do best: witty lyrics -always with a wink in the eye- are paired with instantly recognizable and catchy melodies that will make you want to “pop like a toaster” upon first listen. It’s danceable, upbeat and fun with a serious undertone. On the other hand, we also get to see a side of the duo we hadn’t had the chance to see yet. This makes it feel like a re-introduction of sorts. For instance, we get served a rap song (“Immortality”), a beautiful closing track whose sole instrument is the guitar (“The Ride”) and even a very 90s-electro-adjacent track (“Flatline”) that makes us go “beep beep beep” all day and night long. There are some hyperpop-ish moments (e.g. on the absolutely insanely amazing “Rainbows Over Russia”) and then there is also “Flatline” which, yes, we have just mentioned but is really really really good.

“Rancho Catastrophe” is a lot of things at once but it’s never boring, that we can promise. The record feels coherent thanks to the fact that the duo has worked with some long-time collaborators only (Cole MGN and Lincoln Jesser produced most of the tracks, with THE Linda Perry and Flux Pavillon adding their credits onto one track each) but always fresh and new. It’s Terror Jr with a new spark and it’s quite exciting to see artists re-introduce themselves, really experiment and enjoy their newfound creative freedom and come up with something this good.

Talking about the record themselves, the band commented that “‘Rancho’ is our soundtrack for catastrophic times. It’s inquisitive pop in a heatwave and you have to turn the AC off when you record. (…) A diabolical vacation that only exists in your imagination.“

Standout hits in our opinion are “Would It Make You Feel Better?”, “Rainbows Over Russia” and “Flatline” (duh). Honorary mentions go out to “Wait” and “Dinner Plate”.

Listen to the album right here and get ready to party with Terror Jr:

“Rancho Catastrophe” was released via Grape Music / Opposition and is now available for purchase and streaming on the digital retailer of your choice. Find yours by clicking here.

What do you think about Terror Jr’s second long-player “Rancho Catastrophe”? Share your thoughts with us, either on Twitter @CelebMix or on our other social media channels.