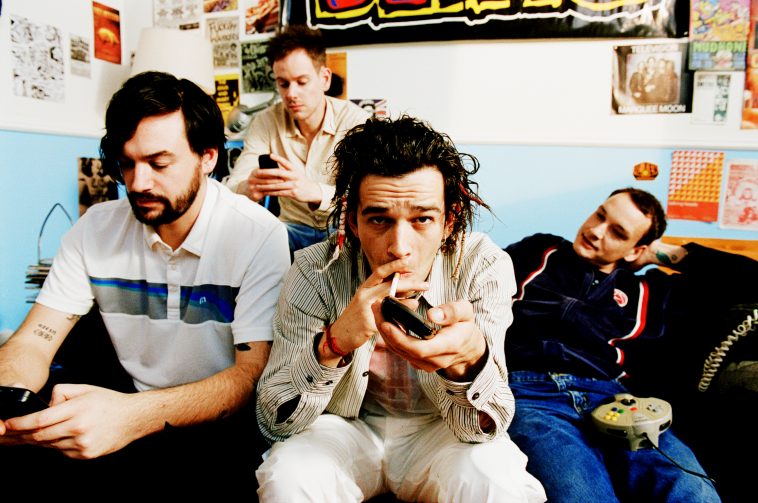 The 1975 have released a new track called ‘Me & You Together Song’, taken from their forthcoming album Notes on a Conditional Form.

“”I’ve been in love with her for ages/ And I can’t seem to get it right/ I fell in love with her in stages, my whole life,” front man Matt Healy sings during the dreamy love song, which sees the band go back to their musical roots.

The track has a feel-good vibe to it and is the kind of song which is perfect for playing at full volume during long drives on sunny days. It’s a far cry from the previously released ‘Frail State Of Mind’ and ‘People’, however, continues to show The 1975’s diverse ability as a band.

Listen to ‘Me & You Together Song’ below.

Notes on a Conditional Form was due to be released next month however, the release date has since been pushed back to April 24. According to Apple Music, the album is set to include a mammoth 22 tracks.

The 1975 have also announced a North American tour in support of the album, which will begin in Houston on April 27. They will be supported by Phoebe Bridgers and fellow Dirty Hit artist beabadoobee on this leg. A full list of dates can be found here.

In their bid to become more sustainable as a band, The 1975 will be planting a tree for every ticket sold. Furthermore, they are working with REVERB to go green on tour by reducing their environmental impact and helping fans to take action against climate change. You can apply to volunteer for REVERB at one of The 1975’s forthcoming shows here.

What do you think of ‘Me & You Together song’? Are you going to see The 1975 on tour? Let us know on Twitter @CelebMix