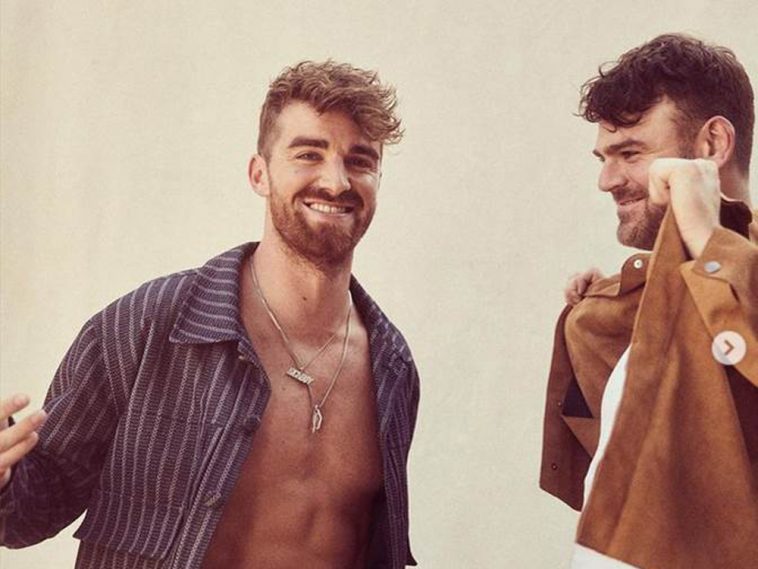 It’s not everyday that artists are apologizing for their comeback. Yet DJ duo slash producers The Chainsmokers (known for hits such as “Closer” or their Bebe Rexha collaboration “Call You Mine”) have down just so when they announced that new music is – finally – on its way.

Two years have passed in complete radio silence from band members Alex and Andrew. They even wiped their Instagram profiles blank which left us wondering: ‘What is going on behind closed doors?’

On January 6, we got the answer when they, quite humoristically, announced their return with a couple of spoof videos that took aim at viral comments claiming that “any 2 white guys could walk up to [the tweeter] and say ‘we’re The Chainsmokers'” and the person would believe them.

As a response, The Chainsmokers posted -amongst other things- the following picture and even let other men goof around in their upcoming promo videos so they could explain to the duo’s fans what to expect.

Today, it was time to get serious, though, as today marks the release of their lead single to the upcoming – yet untitled – album. The new track is titled “High” and sees The Chainsmokers return to form. Lyrically, it chronicles a rather toxic relationship as Drew is in love with someone who only say she loves him when she’s high. False promises and false hope is thrown around as he realizes that she “always swear(s) that sh*t’s gonna change, but it never does“. For the producers, the track is a bit of departure from their previous sound as they move into a more hip hop / rock vibe, along the lines of The Kid LAROI or early 2000’s rock-pop songs. Grating guitars meet booming basses in the chorus and create an instantly addictive release.

Listen to the song right here:

“High” was released today via Disruptor Records / Columbia. It was written by The Chainsmokers, Jacob Kasher Kindling, Jeff Halavacs, Natalie Salomon, Whetan as well as Nick Long. Production was handled by the latter two and the duo themself. You can stream or purchase the song on your preferred streaming platform by clicking on the following link.

What do you think about the new track by The Chainsmokers? Are you excited for their upcoming LP? Share your thoughts with us on Twitter @CelebMix.