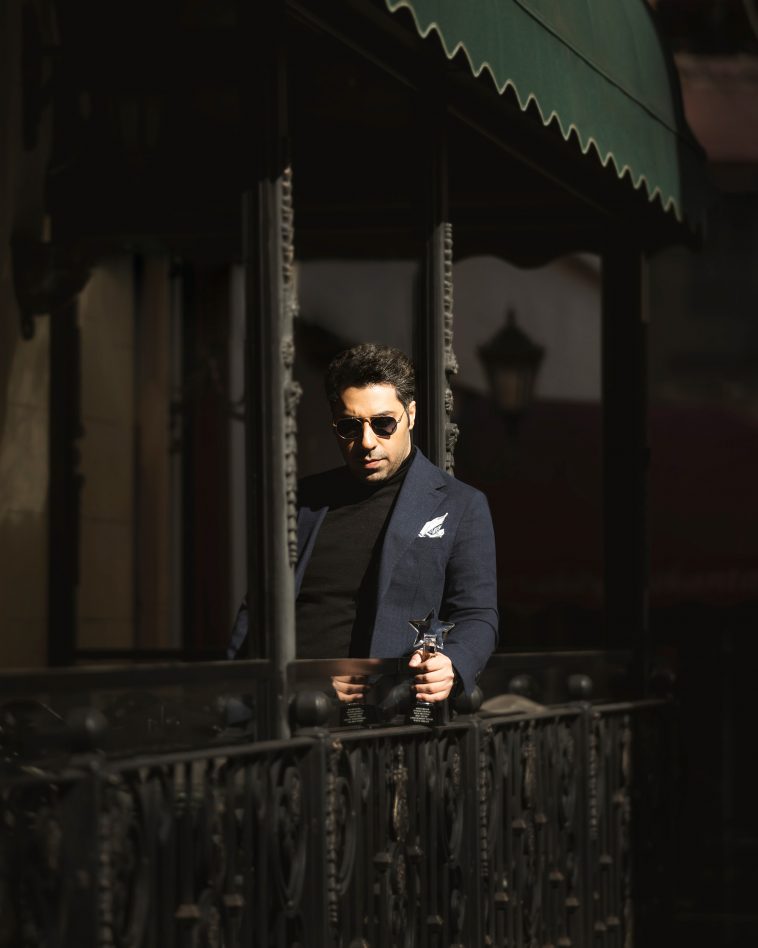 Amir, tell us a little about Iran and the history of Iranian art?

Iran is an ancient country several thousand years old histories. Beautiful land with kind and   peaceful people who have given many services to humanity throughout its history. Iranian art is also one of the richest artistic heritage in the history of the world. From literature and poetry to music and calligraphy to architecture and painting and handicrafts such as carpet weaving and carpet weaving, painting, pottery, enamelling, and … art is in the fabric of Iran.

You said that throughout the history of Iran, it has given many services to humanity. Explain more to us?

I can refer to the first Charter of Human Rights written by Cyrus the Great, or to the beautiful slogan of the ancient Iranian prophet  Zarathustra, “Good thoughts, good words, and good deeds,” which are the basis of all humanitarian slogans these days. The empire of ancient Iran can be considered as an important example from the beginning of the formation of the concept of human world and modernity in its time. From the post to the formation of the world order Iran has contributed to the improvement of humanity. Ancient Iran was famous for its peace and respect for various religions, as well as its respect for beliefs and respect for the way tribes were dressed.

It was very interesting. In this regard, can you introduce some world-renowned Iranians to us?

This is a very difficult question because we are talking about several thousand years of the history of the civilization of a nation. But very short of Ibn Sina, the famous Iranian physician whose famous encyclopedia called “Shafa” has been taught in world medicine for many years, to Zakaria Razi, the great Iranian scientist who discovered alcohol. Abu Rihan al-Biruni, the father of the anthropological science of Khayyam, the famous astronomer, philosopher and poet who wrote the most accurate calendar in the history of mankind and many such …

You said Khayyam. I think Iranian literature and poetry are very important in the world. Tell us about it?

Yes, most of the world knows Iran by the names of its poets. Great people such as Hafez, Saadi, Rumi, Khayyam, Attar, Nezami, Ferdowsi, Nasser Khosrow, Shabestari, Rudaki, etc., who each had their own philosophy and writing style in poetry.

can you give us some examples of their views?

For example, Ferdowsi has a mythological style in Persian and in Shahnameh he says about the legends of Iran that sometimes in the movies of the last few decades, the reflection has inspired the characters of the mythical movies. Rumi, who in his poems, unlike philosophy, which gives more credit to reason, has a mystical view of the world that gives credit to the heart, because the heart is the place of love.  Khayyam, who in his poems questions the credibility of the world and invites the mortal to be happy and to live in the real moment.

Your song “Nirvana”, which has recently won various festivals around the world with the poem of  Khayyam, has also been made with this view?

Khayyam was one of the most intelligent people of his time and perhaps all of humanity. He sees the great secret of existence regardless of the validation of ideologies and considers the only secret of living as living in the present moment and living happily in that moment. It is a great honor for me to work on Khayyam’s poems, and “Nirvana” is the first work I have released from the album, which will soon be released with the poems of the great Persian poets.

Has this song attracted the attention of audiences throughout the world? What is your opinion?

Undoubtedly, Khayyam is one of the most well-known poets in the world, and the reception of the audience and the awards of the festivals did not surprise me at all.

Do you think that Iranian literature can inspire the people of the world?

I think the poems of these great people can be a solution for the people of all nations. For example, today, when the world is at war, Saadi’s beautiful poem tells us:

All human beings are members of one frame, / Since all, at first, from the same essence came.

When time afflicts a limb with pain / The other limbs at rest cannot remain.

— Thank you for your time and for telling us and our readers about the beauty of Iranian culture and art. I wish you success. Thank you to you and the audience of the magazine, and I also hope that one-day humanity will be our view of the world and borders will be our only cultural boundaries, and a world full of peace, freedom, and love.