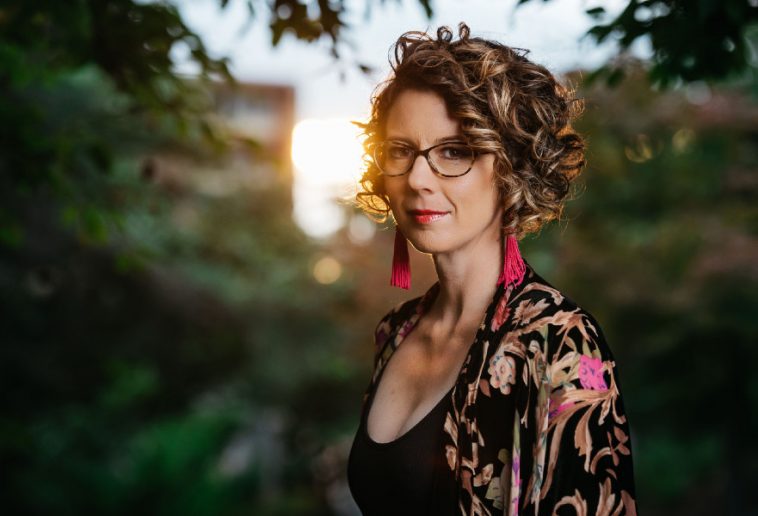 Celebrated DJ, producer, and curator The Librarian, aka Andrea Graham, recently dropped her A/B single, “Impulse” and “Vengenace,” taken from her forthcoming EP, miss u, slated to drop in the Spring of 2022.

Talking about the two tracks, The Librarian says, “‘Impulse’ is all about euphoria and the range of emotions that can wash over you on the dance floor. It’s a melodic juke track that is equally at home at sunrise on the last day of the festival as it is in the club with a banging sound system. I was feeling hopeful and excited about the future while writing this in lockdown. Impulse is defined as a sudden strong and unreflective urge or desire to act or move.”

“‘Vengeance’ is an energetic 140 jungle track that is packed full of arps, classic drum samples, and layers of keys. As a piano player, I had fun building up the different layers of this track and breaking them down again. The rolling bassline ties it all together and is meant to be played loud.”

As co-founder and curator of Bass Coast Festival – named DJ Mag’s “Best Boutique Music Festival” in 2019, The Librarian is one of bass music’s foremost innovators, as well as being a community builder.

While growing up in Canada, she studied classical piano, jazz, piano, vocals, and guitar. In the mid-2000s she created The Librarian, a handle derived from her vast library of music. Since then, she’s performed at Coachella, Symbiosis Gathering, Bumbershoot, Lightning in a Bottle, and Shambhala, along with a 2019 Boiler Room performance.

The Librarian has received praise from Billboard, Resident Advisor, and EDM.com. Her previous release was the double-sided “miss u” and “Howe Sound,” with the latter being an ode to the traditional unceded Territories of the Squamish Nation which she calls home.

“Impulse” opens on graceful waves of color, expanding into delicious layers of resonance and scope, and then flows into a melodic techno rhythm topped by rippling textures, at once velvety and gleaming. Percolating sonic hues imbue the tune with dazzling, flickering tones.

“Vengeance” features a low-slung, aerated intro, followed by a syncopated rhythm traveling on a fat bassline. Shimmering drops lead to fizzing tiers of harmonics, infusing the tune with mesmerizing leitmotifs of techno-laced DnB.