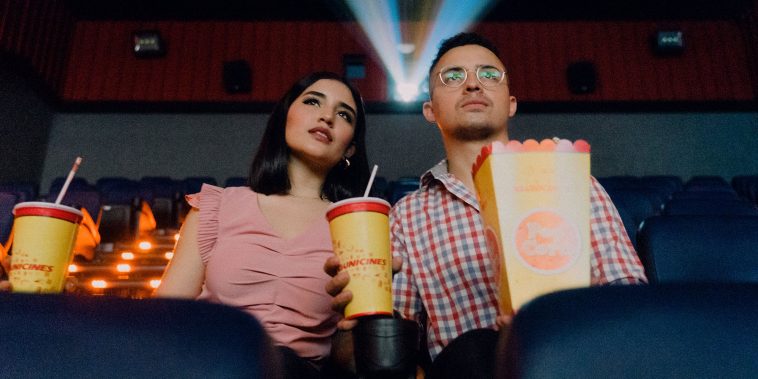 There have been an almost mind-blowing amount of iconic films released since the dawn of cinema. And so many of them, no matter how old, are still able to hold weight in this day and age, and stand head and shoulders above so many other films.

This list will go through some of the most iconic films you should watch, or watch again. They include some of the best film characters of all time, iconic scenes, or simply just trailblazers in their genre.

Easily one of the most recognisable films of all time, Titanic is based on the real life tragedy that befell the ship in 1912. Kate Winslett and Leonardo Dicaprio play the lead roles, in the romance/disaster film.

The movie has incredible imagery, a fantastic soundtrack led by Celine Dion, and the whole film really captures the tragedy, sadness and distress those onboard felt during that heartbreaking event. A must watch for those who haven’t seen it.

Lord of the Rings Trilogy

The Lord of the Rings trilogy is regarded as one of the best ever. The story-telling, characters, landscape, in-movie events, and the relationships and friendships formed – all three are masterpieces in their own right.

The final movie in the trilogy, Return of the King, was released all the way back in 2003, and 18 years on it is still beautiful to watch and puts many newer movies to shame. The Lord of the Rings films were the last in the “epic” film category, and we most likely won’t see anything at that scale again.

The Social Network isn’t necessarily an iconic movie, but it does tell the story of something iconic, the invention of Facebook. Jesse Eisenberg plays a young Mark Zuckerberg, with Andrew Garfield, Justin Timberlake and Armie Hammer main characters in the plot as well.

The movie deals with the start of Facebook, how Zuckerberg made and broke promises, how funding for Facebook was secured, his legal battles, all done in an entertaining and sometimes funny way. It isn’t completely factual, but it is the best social media based movie ever made.

Another iconic series is Rocky. It tells the tale of Rocky Balboa, played by Sylvester Stallone, through multiple storylines from training to be a champ, to avenging a friend, to training an up and comer.

The films are jam-packed with iconic scenes and lines, including Rocky running up and celebrating on top of the stairs, a scene that has become a symbol for success and overcoming adversity. They are truly iconic, even if Sly’s acting isn’t quite on point sometimes.

Based on the true story of Oskar Schindler, the film details how the wealthy businessman hired, hid and then helped Jews escape during WW2. Steven Spielberg directed the epic tale with Liam Neeson playing the lead character.

Not only did Schindler help thousands of Jews escape, but he spent his fortune paying Nazi officers off to keep his secret. The movie does the story justice, and you will be glued to your screen from the first second until the credits begin to roll.

One of the most famous horror/thrillers ever made, The Shining is the story of Jack Torrance, played by Jack Nicholson, who is joined by his wife and son as the offseason caretaker at the Overlook hotel.

His son is gifted with an ability to look back at the horrific history of the hotel and the supernatural forces that inhabit it. After a snowstorm forces them to stay, Jack’s mental state quickly deteriorates due to these forces. The Shining is psychological horror at its absolute best.

There is only one name in the world of dinosaur films, and that is Jurassic Park. There are five movies in the series, with a sixth due for release in 2022. They tell the tale of dinosaurs that have been brought back to life in the modern world through science.

Each movie has its own unique story, and the use of CGI and models is incredible. The stories are engaging and the action is almost non-stop. Legendary performances by the likes of Jeff Goldblum is the cherry on top.

The most famous Batman movie to be made so far, the Dark Knight features amazing performances from Christian Bale as the Batman, and the late Heath Ledger as the villain, Joker.

Considering these roles are both considered to be two of the best of all time in cinematic history, with Ledger’s portrayal of the Joker receiving world-wide acclaim. Michael Caine as Alfred, Gary Oldman as James Gordon and Aaron Eckhart as Harvey Dent just add a whole new level of spectacular to this film.

Widely regarded as one of the best British films of all time, Transpotting tells the story of the lives of five, heroin addicted friends in Scotland. The film is gritty, dirty in a way, tragic and eye-opening in many ways.

Released in 1996, there are very few films around today that capture what it really is to be addicted to a life-ending substance. Trainspotting is simple yet effective in the story it is trying to get across.