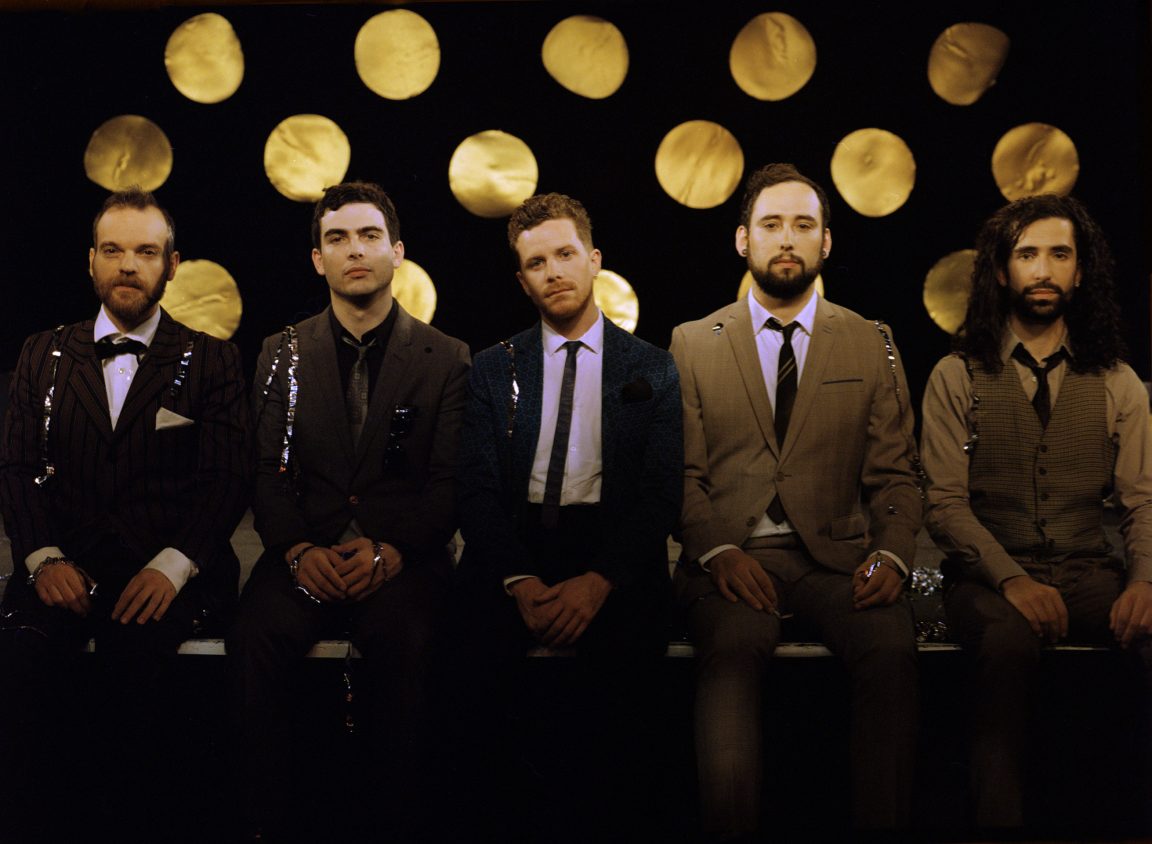 FlaKes is one of those bands that will fog your windows up and make you lose control while you’re blasting them in the car. All born in the south of France, Joris Le Dantec, Dorian Dutech, Hugo Brun, Romain Vignaux, and Pablo Echarri, make up the FlaKes, a funky quintet that share a desire to create feel-good music that inspires everyone to come together.

As they all share a lot of experiences with various jazz and funk bands, the five met in Toulouse, France during jam sessions and simultaneously crossing paths in music school. It is quite small, but the Toulouse musicians’ community makes great connections and helps to boost their careers. Throughout their networking, they were able to find their identity and music style through various experimentations of production, as all of their inspirations range from Daft Punk, Jamiroquai, and more.

“I’m a big fan of disco-funk like Earth, Wind & Fire, Chic and Kool, and the Gang,” Dorian, guitarist, and composer of FlaKes, tells CelebMix.

“I grew up with Jamiroquai – the album The Return Of The Space Cowboy was my favorite album when I was a kid. I think all these influences, as well as modern bands like Parcels or Jungle, led me to create the musical universe of FlaKes. We want to make Pop music that meets Disco-Funk, Soul, Acid-jazz, and Electro.”

In their most recent song, ‘Keep Going’ you can hear that similar Daft Punk-inspired tone, or as they would say personally, their music is glitter. A lot of their time is spent on production, and they strive to give their live performances the same quality as the recordings but with extra energy. It involves the integration of loops, and additional recorded voices, all of which can take a lot of time to master.

“To best describe us, I would say that our Glitter Music is a subtle blend of French touch and Jamiroquai,” as they describe.

“For the recording, we decided to do the best, calling Daniel Yvinec as producer. He is a guy who has already played with Maceo Parker, Salif Keita, Mark Murphy – and had a lot of experience as a producer (he was notably nominated for the Grammy Awards in 2011 for his work with the ONJ, the national orchestra of Jazz in France). It was the first time that we worked with a producer and it was a very enriching experience and our EP would have had a completely different color without him. He helps us to keep the best, change some lyrics or song structure and find some ‘hooks’. We discussed a lot with him upstream to define our music and where we wanted to go together, shared playlists, and ended up spending a weekend in the bassist’s parents’ basement in the countryside near Toulouse, where we rehearsed. We are also grateful to Romain Clisson, the sound engineer at Durango Studio in Paris, who made up the second half of the dream team and helped us to have a sound – a touch, the Flakes touch!”

As FlaKes is currently preparing a forthcoming EP, there is a lot to learn as an artist when writing music. Joris, the singer/songwriter was studying music in Paris and took inspiration for the lyrics by listening to all of Phoenix’s albums.

“The light, happy tracks evoke emotions I often felt through their music when walking down the street with headphones contained a feeling of lightness and total freedom,” Joris explains. “I think that the songs helped me to confirm the fact that I am doing this job precisely to feel and share these strong emotions; the fact that music helps me to free myself from the daily grind.”

As the COVID-19 pandemic altered the music industry as a whole, artists have been struggling to find inspiration or keep their creative process organized. FlaKes’ creative process has stayed the same when writing music, as Dorian is the song-sender of the group, in terms of composition.

“I look for the melodies and lyrics and when everyone has worked on their parts, we rearrange it together for the magic to work,” Joris says. Of course, the hardest part is not rehearsing for so long, but it’s coming back gradually, I hope we will be able to play this summer!”

For FlaKes, even when they are struggling to finish a song, they remind every artist that it doesn’t matter how long it takes. Inspiration comes back to everyone eventually, and it should not be rushed, especially when it comes to music.

“Sometimes everything comes out suddenly in a few hours, minutes, and other times it takes months or even a year!” Joris says. “I know that when I get stuck on a composition I let it rest for a while and unconsciously infuse – and inspiration comes back when you least expect it. The lockdown was a real “break” for me, no longer seeing friends, going out, decompressing, traveling, having escape routes, etc. – that greatly slowed my inspiration. Sometimes going out as much as possible and changing these habits are viable solutions in my opinion.”