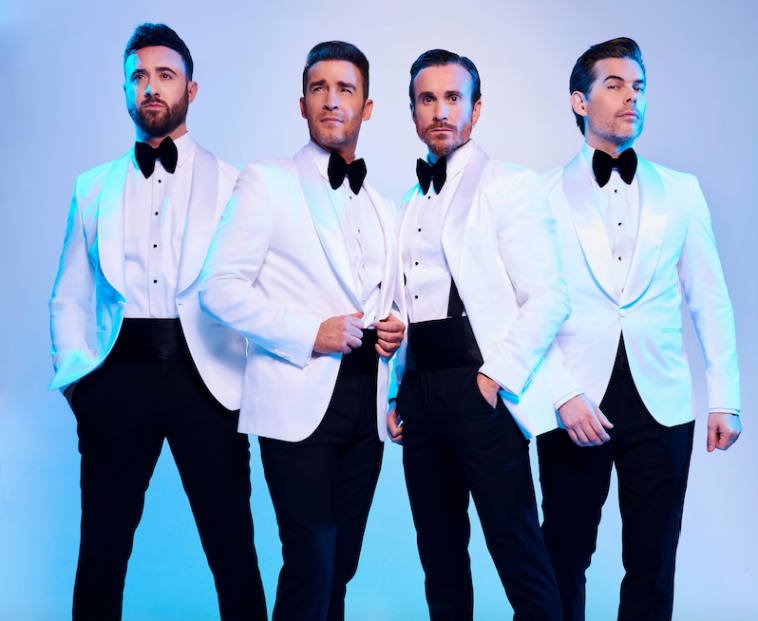 Beloved British vocal harmony group The Overtones today (March 24th) announce they are set to return to the world of music this summer, with the release of their seventh studio album 10 – a record produced in celebration of their 10th anniversary.

Made up of reinvented versions of some of their best loved tracks (including a special re-recording of their hit Gambling Man 2.0 – out today!), alongside brand-new songs, including a duet with long term friend of the band, Michael Ball, the album is scheduled for release Friday, June 11th.

Speaking of their 10th anniversary celebrations the band, made up of Mark Franks, Darren Everest, Jay James and Mike Crawshaw, say: “2021 is all about bringing back the feel good and that’s what The Overtones do best. As we celebrate the past, dance in the present and sing for the future, we are so excited and blessed to release 10 and give The Overtones family their best night yet on our forthcoming tour!”

Taken from their album Good Ol’ Fashioned Love, and originally released as their debut single back in October 2010, Gambling Man 2.0 sees The Overtones re-imagine the song that introduced them to the world!

Building on the musical foundations that made the track a hit, the boys combine a myriad of new sounds and instruments to give the song a dramatic James Bond-esque makeover, adding dazzling strings, crashing drums and an all together new brass section to create an out-and-out big band style bop, that is guaranteed to go down a storm at the groups live shows later this year

The tracks accompanying music video will premiere on YouTube this Friday (March 26th), and will be followed by a live Q&A with the band. For more details click here.

Listen to Gambling Man 2.0 below:

To commemorate their incredible decade together as a band, the quartet are to head out on a national tour of the UK this November and December, playing 20 shows in cities up and down the country as part of their #OT10 tour.

Famous for their extraordinary live concerts, filled with the perfect mix of originality and classic nostalgia, the group promise to pull out all the stops to give fans a night they won’t forget! Tickets for the tour are available for purchase here.

Just live the dream, you dream…

Since bursting onto the scene ten years ago, The Overtones have gone on to establish themselves as one of the UK’s most popular and unique musical acts. Best known for their exquisite vocals, perfectly-pitched harmonies and distinctive style, the group have racked up platinum record sales, released 6 studio albums, scored four Top 10’s, sold out tours across the nation, performed for Her Majesty The Queen at Buckingham Palace and sung to 1 million people at the Brandenburg Gate in Berlin.

The Overtones brand new album ’10’ is available to preorder from Friday, March 26th 2021.