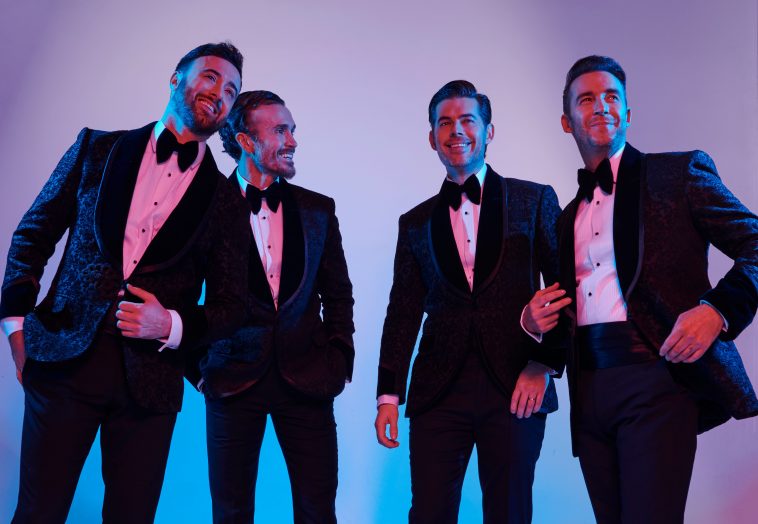 With the upcoming release of their brand new album 10 creeping ever closer, The Overtones have surprised fans this week by dropping the third single to be lifted from the record, Rose Tinted.

Serving as the follow up to Gambling Man 2.0 and A Night To Remember (the groups epic cover of Shalamar’s classic 1982 hit), the super summery track – co-written by the band along with Joe Cang, and mixed by Jeremy Wheatley (Robbie Williams, Sigrid, Corinne Bailey Rae, John Newman) – sees Mike, Darren, Mark and Jay each adopt a musical style and swag reminiscent of modern day rat pack, that sonically embodies the bands classic signature sound of old but with a fresh, modern day twist.

Commenting on the single, the group say in a joint statement: “This was the first original track we wrote as a new 4 and in many ways it really represents what ‘10’ is all about – celebrating the past but looking ahead to an exciting future. We loved showcasing another side to us. It has a chilled-out summer retro feel to it, inspired by Otis Redding. Perfect for your lazy summer afternoons, so get that wine poured and have a singalong!”

In celebration of their ten years together as a group, The Overtones are pulling out all the stops to make sure 2021 is a year fans won’t forget in a hurry.

Set for release on July 30th, 10 – the much loved vocal harmony groups 7th studio album – serves as magical celebration of all they have achieved together this past decade, with it’s eclectic mix of nostalgic hits, original songs and two epic collaborations, including a special cover of Can’t Take My Eyes Off Of You with long-term friend of the band Michael Ball and a new version of Simply Red’s classic hit Stars West End star Marisha Wallace, guaranteed to become another smash hit for the super talented quartet!

The record will be released in a variety of formats, including a deluxe version with extra tracks, a new neon pink sleeve and an exclusive track by track chat with the band. You can pre-order the album here.