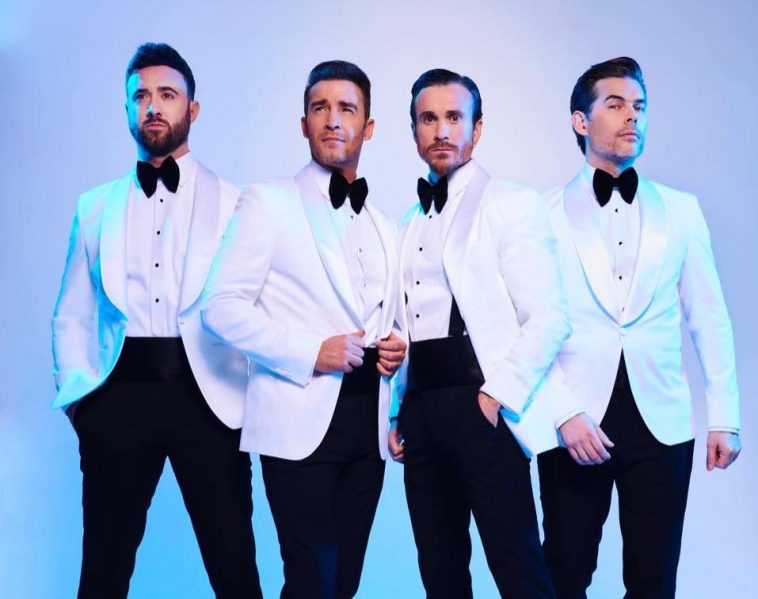 With just over a week to go until the start of the 2022 FIFA World Cup, The Overtones pledge their allegiance and show their support to the English national football team today (November 11th) with the release of their new single ‘Sweet Caroline (England)’ – a rousing and uplifting remake of Neil Diamond’s iconic 1969 hit, that looks set to go down a storm in soccer stadiums and terraces up and down the country!

Having performed the much loved, classic track during their hugely successful ten year anniversary tour, as well as at various outdoor festivals throughout the summer – much to the delight of sold crowds AND to standing ovations at both The London Palladium and The Royal Albert Hall – the quartet (made up of Mike Crawshaw, Darren Everest, Mark Franks and Jay James Picton) say that now feels like the perfect time to put their own version of the song out into the world as a way to help unite the country, and provide fans of the tournament with a theme tune they can both play, and sing-along to throughout the course of the moment long competition.

Produced and mixed by the awarding winning British composer Andrew Kingslow, the celebratory track is available to download, purchase and stream on all platforms NOW!

Listen to The Overtones version of “Sweet Caroline” below: