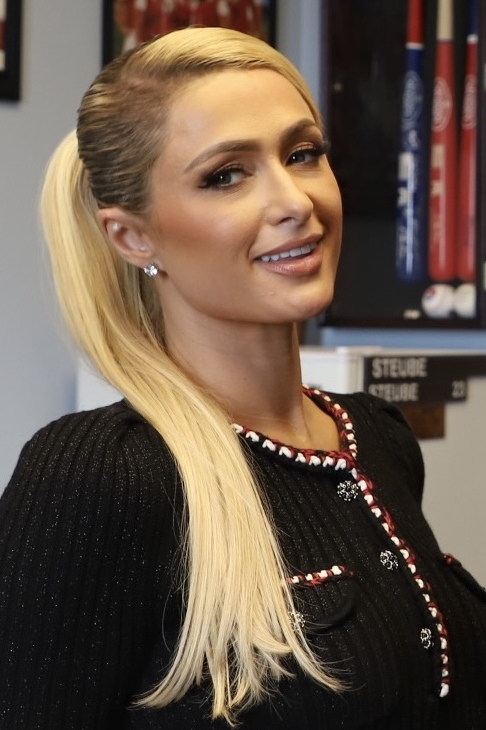 Paris Hilton has worn many hats, starting out as an heiress to the Hilton hotel fortune, to becoming a reality TV star, actress, model, and businesswoman. But her latest venture may surprise those who only know the “blonde airhead” persona that she carefully curated.

For those who have followed her career throughout the years, she has always been ahead of the curve when it comes to technology and trends, she was an early adopter of social media, and was one of the first celebrities to launch her own website. Now, she’s turned her attention to the blockchain.

The socialite turned Crypto Queen has invested in and collaborated with different projects, but why? In this article, we’ll explore Paris Hilton’s investments and try to understand her motivations behind them.

First of all, what is Blockchain?

Blockchain is a distributed database that allows for secure, transparent, and tamper-proof transactions. This means that it has the potential to revolutionize the way we do business and interact with each other.

Just like a physical ledger, each transaction is recorded on a “block” and these blocks are strung together to form a “chain”. This chain is public and can be viewed by anyone, making it fully transparent and creating trust between users. Because each transaction is recorded on a block, it cannot be changed or tampered with, making blockchain an ideal way to store sensitive data like financial information and to help prevent fraud.

Blockchain is often compared to a digital ledger because it keeps track of all the transactions that have ever been made. For example, cryptocurrencies like Bitcoin use blockchain to store all their transaction data, from purchasing products via tech companies like AT&T and Microsoft to online crypto betting at https://www.bovada.lv/bitcoin.

Blockchain can also be used to create a decentralized marketplace where buyers and sellers can trade directly with each other without the need for a middleman. Instead, it is maintained by a network of computers around the world called “nodes”. This decentralization makes it very difficult for hackers to attack or tamper with the blockchain.

Thus, this could radically reduce transaction costs and make it easier for people to do business with each other. Blockchain could also be used to create a new type of Internet where users are in control of their own data. This would give individuals the ability to sell or share their data as they please, without having to go through centralized intermediaries such as Facebook or Google.

In addition to its potential uses, blockchain is also attractive to investors because it is a relatively new technology with huge growth potential. Paris Hilton is just one of many high-profile investors who have put money into blockchain startups in recent years. And as the technology continues to gain traction, we can expect even more investment from big names in the future.

As stated in her interview with The Guardian, Paris Hilton first started investing in cryptocurrency in 2016 when she became friends with the founders of Ethereum (producers of ether). This evolved for her further on with her interest in blockchain, specifically in the Metaverse (a decentralized virtual world that runs on blockchain technology) and NFTs (non-fungible tokens).

In the Metaverse, users can create avatars and buy or sell virtual property and goods. While NFTs are digital assets that are stored on a blockchain and can be used to represent ownership of anything from digital art to in-game items.

Paris Hilton’s involvement in the world of NFTs has been particularly noteworthy. She was one of the first celebrities to get involved in this new area of the crypto space, and she has been an active promoter of NFTs, cementing herself as one of the most influential women in the NFT universe. She has even released her own line of NFTs Paris: Past Lives, New Beginnings in collaboration with Superplastic’s Dayzee.

As to her involvement in the Metaverse, the most notable one has to be the release of Paris World on Roblox. Paris World is a blockchain-based virtual world that allows users to create their own avatars and become style icons along with enjoying different online events such as Fashion Week and Cryptoween.

Paris World certainly highlights her belief in the potential and future of blockchain technology to create a new virtual world, along with innovative and exciting experiences.

Paris Hilton’s investment in Blockchain technology is definitely an interesting move and one that could very well pay off in the future. The celebrity’s involvement in the newly-emerging technology proves once again that she is a witty entrepreneur and “more than just a pretty face.”

With the way things are moving in the world of technology, it does seem like Blockchain is here to stay. And with Paris Hilton’s influence and reach, she could be helping to shape the future of this technology. However, only time will tell the future of blockchain, but it certainly is an intriguing development worth keeping an eye on.