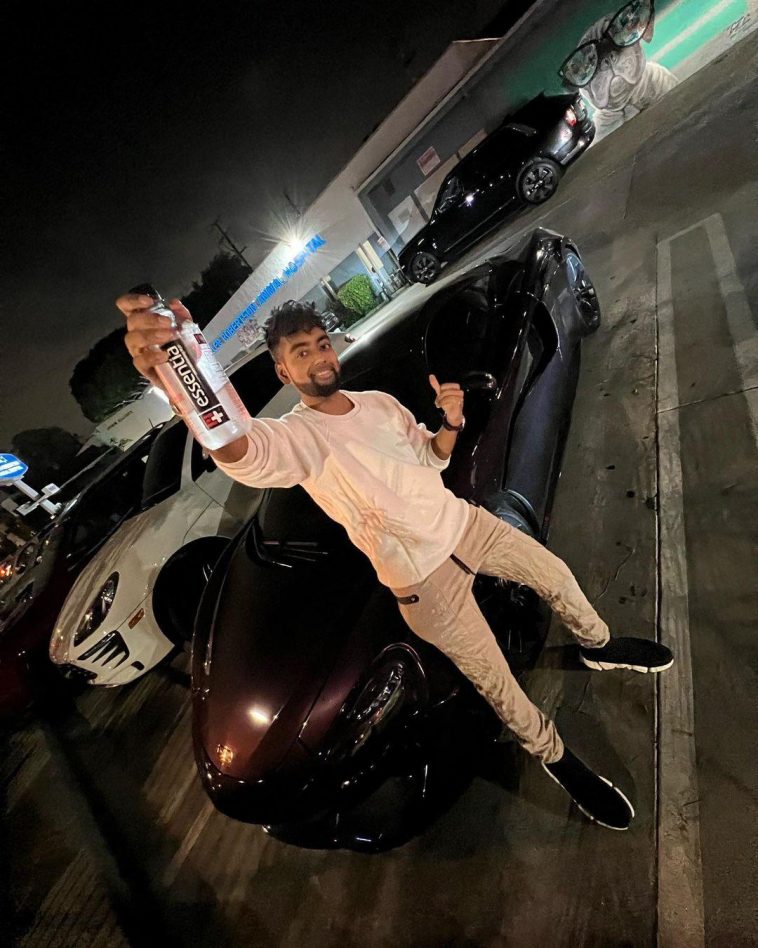 In the midst of trials and difficulties, one is always presented with two options—to fight or to give up. Those who choose to carry on and face their challenges with dauntless spirits know that these adversities are not meant to break them but to build them up and turn them into better versions of themselves. Such is the case with 24-year-old Khalid Ahmed, an innovative soul who conquered his endeavors despite the obstacles that came his way. Today, he uses his past experiences to inspire others and share with them the lessons that he learned.

Khalid Ahmed, who goes by the name ISELLCOIN online, took the entrepreneurial landscape by storm when he created two distinguished companies. These emerging powerhouses are famous for selling high-quality weighted blankets and computer parts. Aside from being an industry leader, he is also an angel investor who recently funded a ‘series A round’ investment for DOGPOUND, which is the nation’s most exclusive gym. Some of the prominent individuals who invested with him are Tom Holland and Adriana Lima.

As someone who has always had an open mind, Khalid Ahmed is not afraid of dabbling into new things that pique his interest. In fact, this visionary has just immersed himself in the exciting world of NFTs and has been investing in the Bitcoin and Ethereum blockchains. The multi-faceted leader, who is also a pilot and race car driver, enjoys using his free time to fly his Piper Warrior or Cessna and race his cars on the track.

Unlike most people who were able to make the most out of their childhood years, Khalid Ahmed had to deal with unfortunate circumstances that compelled him to work hard so that he could make ends meet. Having achieved financial success at a young age, he was able to acquire the proper mindset and attitude to excel in his ventures.

“My early success was dictated by the need to pay my own medical bills. I was diagnosed with Crohn’s Disease at the age of nine and went into septic shock shortly after my diagnosis. My parents were barely able to pay their mortgage while trying to balance my bills,” Khalid Ahmed explained. “I then made it my mission in life to make sure my family will never be in this position again. I seared this into my brain and stepped up,” he added.

Khalid Ahmed’s high school and college years also played significant roles in his entrepreneurial journey. Back then, he flipped older computer parts and started getting small sums of money from them. Things finally took off when he got offered a huge amount for 4 AMD Radeon Graphics cards. He initially thought that the cards were for a game, but he was later informed by his client that they would be used for Bitcoin. It was then that he was introduced to the crypto world.

“I expanded into selling fully-ready video game rigs with graphic cards included,” Khalid Ahmed shared in an interview. “My business did well, and I began making contacts with suppliers in China.” These partnerships paved the way for new successful e-commerce ventures that enabled him to lease multiple warehouses in the United States. Once he established himself, he cut ties with his former partners and sold his pocket knife company and outdoor niche store.

As can be gleaned from his journey, Khalid Ahmed did not only achieve his dream life, but he was also able to give his parents the big break they deserve. According to the luminary, he wants to use his story to empower aspiring entrepreneurs and remind them to never give up no matter how hard life gets.