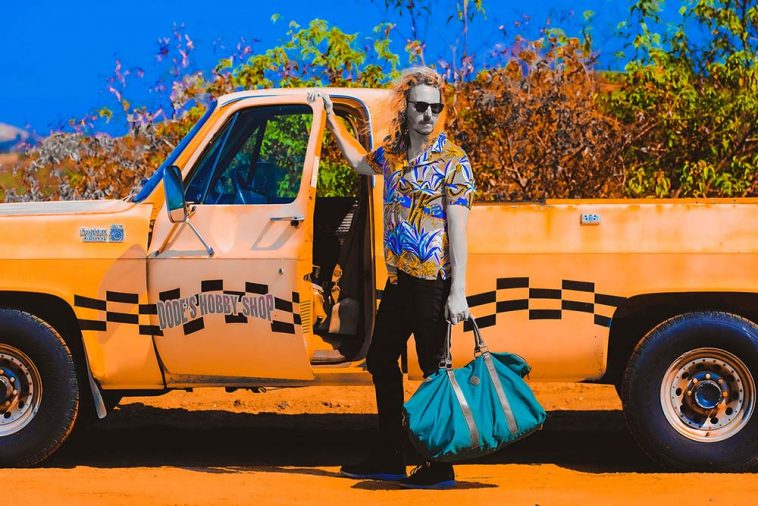 The Sometimes Island’s newest single ‘Acapulco’ enters the top 100 on the pop iTunes chart. Based in Los Angeles, The Sometimes Island is a synth-pop band with several popular songs to its name, such as ‘Stuck In The Middle With You’, ‘Phantom Limb’, and ‘I Can’t Lose You’, etc. With the recent achievement, ‘Acapulco’ joins the likes of BTS and Lady Gaga in the popular Top 100 pop charts.

For Matt Blankenship Jr., the band lead, the ranking shows that much can be achieved without the big label support. “It speaks to the support we’re getting to be able to climb to that height, as an independent artist, without the major label marketing support that the other artists on that list are getting,” said Matt.

The backstory of ‘Acapulco’ is worth reading too. One fine morning in June 2020, Matt felt he could smell the ocean from his apartment in Silver Lake. He had imagined the trip the night before, so out he walked with a few essentials, crossing the many small cities within the big city of Los Angeles. Upon reaching Santa Monica Promenade, he slipped into into a bar called Barney’s Beanery.

“It was a spiritual experience to see how all these neighborhoods and cities are connected outside the shell of a car window,” Matt recalls. These were not the best of times. The pandemic had forced his first show at The Troubadour to be cancelled. His relationship was at its lowest ebb. Matt courageously walked up to the beach and sat down with a notebook on his knees. The ideas that poured into him on that fateful day will eventually take the form of his new single, ‘Acapulco’.

Later in July, Matt drove to Texas to visit his family, taking the unfamiliar northern route I-40. At a gas stop in Albuquerque, Matt recalls something great happened – he “fell in love with a place and an idea”.

“I wrote the song Acapulco to capture that listless ennui I was trapped under in Los Angeles, framing it with a fantasy of an ignored lover reaching their breaking point, leaving and abruptly buying a plane ticket,” says Matt.

A deeper aspect of the song is the fact that, like his other songs, this one too allowed Matt to express his sentimental side, only to be freed from it. This is Matt’s way to conquer his complex emotions.

“I’m finally free from that caged feeling. I captured those as images in the lyrics – a dark room lit by a computer screen, headphones on while inadvertently ignoring someone, doom-scrolling on Instagram late at night. I needed my dreams to break, to let them die, to reinvent myself and my purpose,” says Matt.

Matt still loves to escape to Albuquerque whenever he gets a chance. This song captures his love for Albuquerque, and Acapulco is like its symbol. Acapulco means an island that isn’t surrounded by an ocean, and for Matt, Albuquerque is ‘the Hawaii of the Southwest’. The song is an ode to the way of life in Albuquerque where people are laid back and believe in living in the present. They believe in real connections and value lasting friendships.

The band’s previously released single ‘Phantom Limb’ topped the charts and entered the Top 40 Radio charts according to New Music Weekly. Their latest single ‘Acapulco’ entering the top 100 on the pop iTunes chart is a new milestone for the band.

“If I weren’t listless and sad for a time in Los Angeles, I’m not sure how I would have connected with the incredible people and the amazing team that are making these new songs possible, and putting them out in front of a growing audience each day,” says Matt.

About the future, Matt is today more upbeat than ever. “I’m getting more personal with my writing, and somehow getting more specific about my life and experiences makes the songs more relatable. The new album is full of these songs, and I can’t wait to share them when it comes out in October,” says Matt.

‘Acapulco’ has already become popular among music lovers and is climbing the charts at a rapid pace. The song is out now on major platforms.