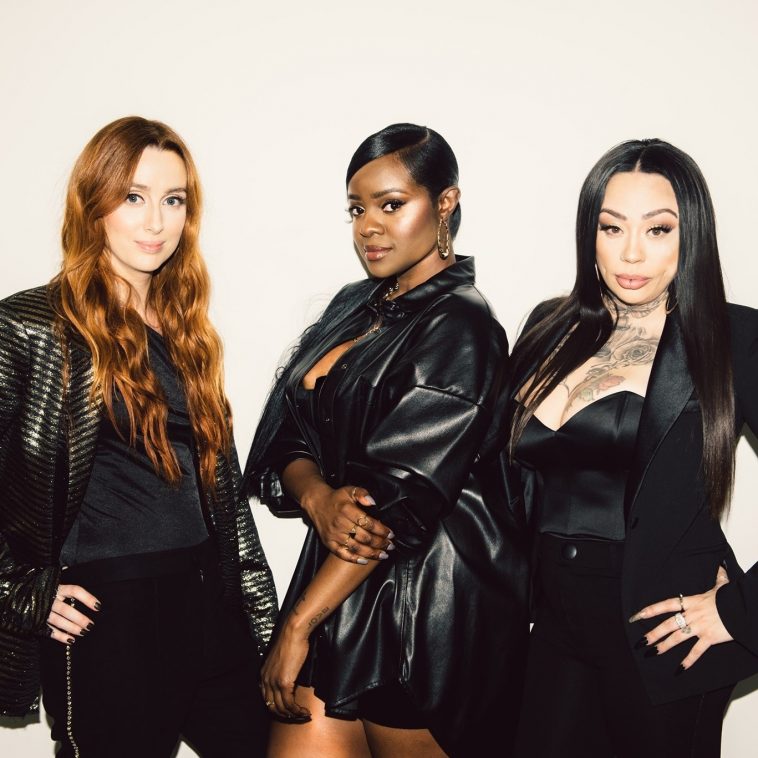 Building on the momentum following their epic performance at Mighty Hoopla earlier this month, the Sugababes – Siobhan Donaghy, Mutya Buena and Keisha Buchanan – have delighted fans today (June 23rd) with the news they are to hit the road later in the year for a seventeen date U.K. tour!

Scheduled to kick off in Bristol on Sunday, October 16th before visiting some of the countries biggest cities including Nottingham, Manchester, Leeds, Brighton, Cardiff, Birmingham and London, the ladies will wrap up proceedings in Glasgow at the O2 Academy on November 7th. Tickets for all shows go on general sale Friday, 1st July at 10am via Live Nation.

In a joint statement announcing the exciting news, the trio say: “We’re so excited to come full circle and announce our own headline UK tour.  We’ll be hitting the road in October and November – can’t wait to see you all there.”

Over twenty years after their debut album ‘One Touch’ and the breakout critically acclaimed single, ‘Overload’, the Sugababes remain one of the biggest selling British girl groups of all time, with 6 No.1 singles, millions of global sales and multiple, multi-platinum albums.

Tickets for the Sugababes U.K. tour go on general sale on Friday, July 1st at 10am via LiveNation.co.uk