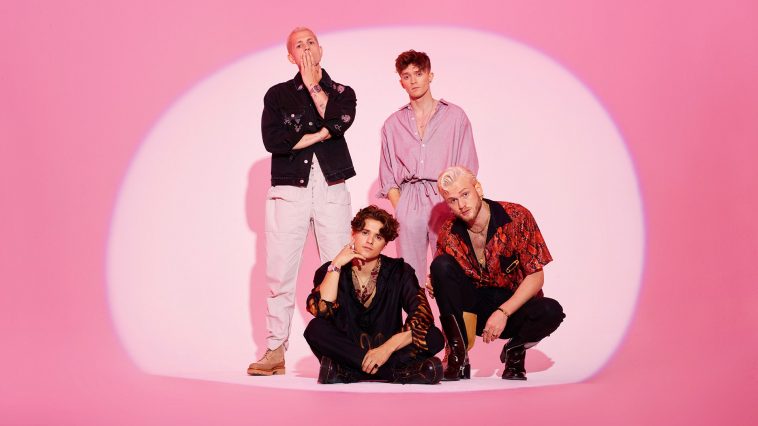 The long wait is over! Today The Vamps have released their fifth studio album ‘Cherry Blossom’. This album has been in the making for 2 years and is their most personal release to date.

Throughout the week, the boys have been warming their fans up to the album release by posting snippets of different tracks on their Instagram accounts. The album signifies a rebirth for both The Vamps and their fans – with a different sound to what everyone is used to, ‘Cherry Blossom’ is a sophisticated and personal album.

The Vamps posted on their Instagram, ‘Cherry Blossom represents the transience, fragility and brilliance of life. The album stands for rebirth and new beginnings while being proud of what has been. Its about letting go of inhibitions and immersing yourself in something new. We’ve poured our hearts into these songs and we want them to be therapy and elation for you all, just like they have been for us.’

With ‘Married In Vegas’ being the first single to be released from the album, Brad, Connor, James and Tristan showed their fans just what their new sound would be like and continued to showcase their evolving sound through ‘Chemicals’ and ‘Better’. The amount of positive reviews these three singles have already received is huge and will only get better now the album is out!

‘Cherry Blossom’ is available for download on Spotify and Apple Music. You can also order the album on CD, Vinyl or Cassette from The Vamps’ official store. The track list is as stands:

We cannot be prouder of the boys for releasing an album so different to their last four albums. From ‘Meet The Vamps’ in 2014 to ‘Night and Day, Day Edition’ in 2018, their albums just keep getting better and more developed. The Vamps celebrated their 8th anniversary this year and you can see that they have not only grown together, but that the fans have grown with them, which is something truly amazing.

In a recent interview with Ash London, Brad Simpson has said that there are so many topics in the album that The Vamps have never spoken about like ‘the not so shiny parts of love and being a human’ and the subject of loneliness. You can watch the full interview here to get more information about the making of ‘Cherry Blossom’ and what it means to The Vamps.

As well as a brand new album, the band have also announced and released tickets for a UK 2021 tour in April and May. The tickets went on sale on October 8th and we cannot wait to see the band live again! Tickets are still available on Ticketmaster so grab your tickets while you can to see The Vamps after this long deserved wait.

A new age of The Vamps is here! You can download/stream the album here.

Have you listened to ‘Cherry Blossom’ yet? Tweet us and let us know what you think, @CelebMix.