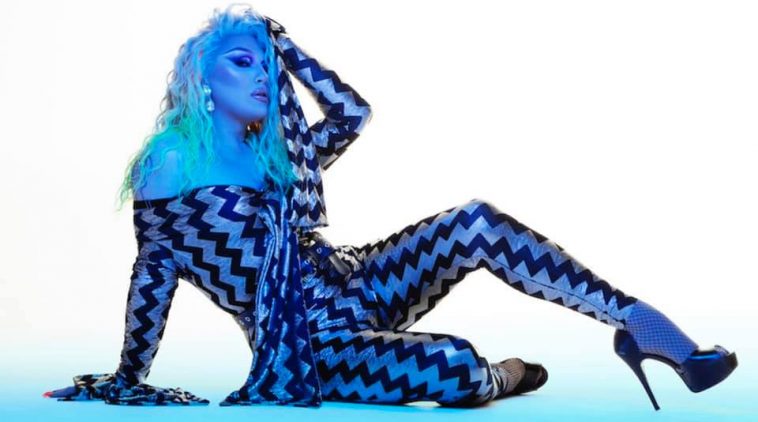 The UK’s first drag superstar and winner of RuPaul’s Drag Race UK season 1, The Vivienne has this week announced details of her upcoming single Bitch On Heels – set for release Thursday March 25th, via Intention Records.

“To record a song written by Diane Warren is simply a dream come true.” The Vivienne says in a statement accompanying news of the singles release. “I have listened to her songs all my life, and the minute I heard ‘Bitch On Heels’ I knew it was a song I just had to record. The lyrics are all about the two sides that every person has inside them. I can be sweet and lovely, but catch me at the wrong time and I’m a bitch on heels!”

“Got a smile just like the devil, diamond cut rebel…”

Since launching her music career back in 2020, with the release of her debut single Tonight plus a cover of Dead or Alive’s classic 1984 hit You Spin Me Round, a collaboration with super producer/remixer Initial Talk, The Vivienne has broken the mould for what it means to be UK Drag Act making contemporary pop music, with her own unique brand of feisty, dance/pop setting the bar high in terms of what fans can expect to hear from Queens releasing music in the future.

Since being crowned the winner of the first season of RuPaul’s Drag Race UK, The Vivienne has gone on to enjoy quite the remarkable career in the world of entertainment – filming her own shows for BBC Three / BBC iPlayer (The Vivienne Takes On Hollywood) and Netflix (I Like To Watch), as well as appearing on a variety of programmes including The Great British Sewing Bee, Trump in Tweets, Celebrity Juice, Lorraine, Rob & Romesh Vs and ITV2’s V Festival Show.

Let us know your thoughts on The Vivienne over on Twitter @CelebMix now!