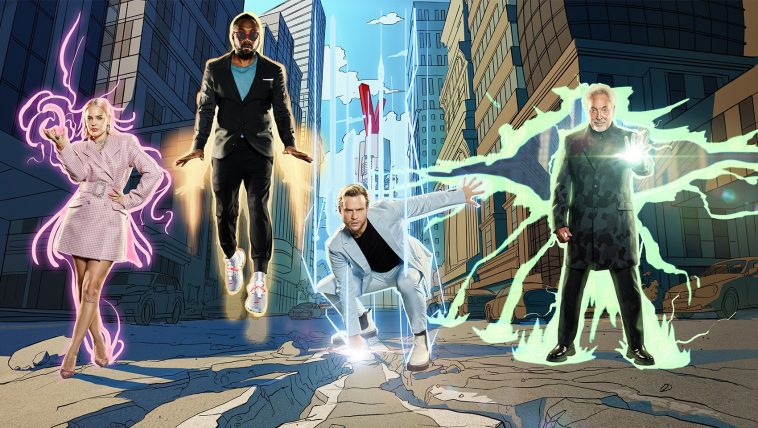 Viewers assemble – the new series of The Voice UK will be making its way to ITV in a matter of weeks!

Are you wondering when you can watch the new series? Or who’s on the panel of coaches? Never fear, we’ve got all the answers you need to know right here.

When does The Voice UK start?

The tenth series of the show will premiere on Saturday 2nd January. The news was confirmed on The Voice UK’s Twitter account, as they declared that the coaches, mocked up in a superhero-style image, are “powered up and ready to hit that button”.

Olly Murs, Sir Tom Jones and will.iam will be returning as coaches, and will be joined by new coach Anne-Marie. The ‘Ciao Adios’ singer is replacing Meghan Trainor, who announced she was stepped down earlier this year as she is expecting her first child.

Speaking at the time, Anne-Marie said: “I am SO excited to join Sir Tom, will.i.am and Olly as the new coach on The Voice UK. I can’t wait to work with incredible undiscovered talent! Wahoooooo!”

As always, Emma Willis will be making a welcome return as the host of the latest series. We can’t wait!

What can we expect from the new series?

The new series will be made up of 12 episodes featuring The Blind auditions, The Battles, Semi Finals and Final. However, with it being the tenth series, you can also expect a fun new twist which will definitely spice up the Blind auditions.

During the Blinds, each of the four coaches will have a one-off opportunity to use a new feature called ‘The Block’. This will allow them to stop a fellow coach from adding a singer to their team in order to try and secure the best team possible. Cue the drama!

The last series of The Voice UK came to an end on November 14, having been delayed due to the COVID-19 pandemic. Following a pre-recorded final, Blessing Chitapa was unveiled as the winner, scoring a second win in a row for coach Olly Murs.

Are you excited for the tenth series of The Voice UK? Let us know on Twitter @CelebMix